Over the last year we added three dormers to our house. This added two bedrooms to our third floor, bringing it to four bedrooms. We changed: 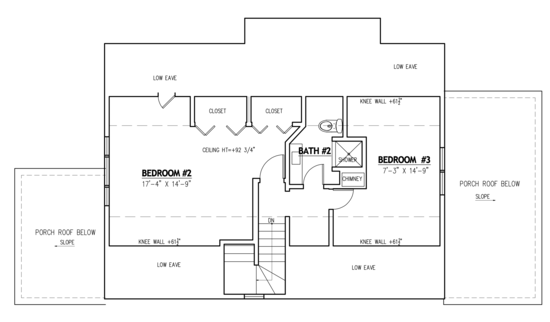 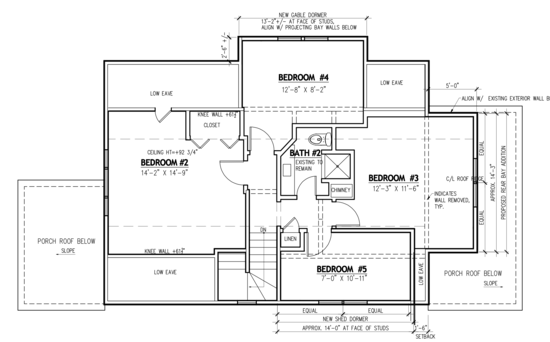 The biggest cost was the construction itself, which makes sense! The contractor was responsible for demolition, construction, and finish, while subcontracting the electrical and plumbing (forced hot water).

The initial contractor we hired, Brendin Lange, defrauded us for about $10k. He did one day of demolition (interior only, luckily!) and then didn't come back, giving a series of less and less plausible excuses. He eventually stopped returning calls. I did some research, and he's started many different companies, gotten complaints, and then started new ones. As far as I can tell from reading reviews online he's still at it, ripping off one person after another. I reported him to the Somerville police, gave them all the information we have, and the last time I checked in with their detective they said they're still waiting for a court date.

Wiring smoke detectors in the construction area wasn't difficult, but the city electrical inspector decided that this was a large enough change that we needed to retrofit the rest of the house as well. This included the entryway on the first floor, and because this isn't within a unit the city required the detector to be on a common-area meter. Because we didn't already have a common-area meter, and the city requires new meters to be outside the house (and requires the meters to be together) we needed to move our existing meters outside and get a new line of service. Because there wasn't anywhere far enough from the windows on that side of the house we needed to move all the meters to the other side of the house. This required running new wires from the middle of the electrical pole.

There are two things about this that annoy me:

It's possible we could have found someone who would be able to do both the architecture and the engineering together, and would have done better that way, but when I called around to engineers trying to get started they all told me they wanted plans from an architect first.

Neither us nor our contractor noticed until the day they were supposed to start work that there were some tree branches that were too close to where the dormers were going to be. I was able to find a tree trimming company that could do the job the next day, and probably paid more for the responsiveness, but I didn't want our main contractor to need to get started on something else while they were waiting for the trees to get cleared.

This was a tricky job because our house is too close to the neighbors' for them to be able to come in with a truck. Instead they needed to climb the tree manually, cutting pieces off and lowering them to the ground with pulleys.

What we wanted was pretty straight-forward, and probably not as interesting for them as working on something more complex. They did suggest doing the rear bay extension, though, which is not a thing we had thought of, and which I'm pretty happy with.

The main fee here was $1,253 for the building permit, because this includes a per-sqft portion. The other half was a lot of little things, with zoning appeals fees, deed recording fees, advertising fees, and many other things.

I wanted to put a ceiling fan in each room, for a lot of reasons: quieter than box fans, less worry of kids poking their fingers inside, less hassle, more air movement. We picked out and bought the lights and fans, to make sure we were getting exactly what we wanted.

Parking permits for contractors, site visit from a structural engineer we decided not to go with, plastic sheeting to cover some of the stuff we left on the third floor in an area the didn't need to modify. 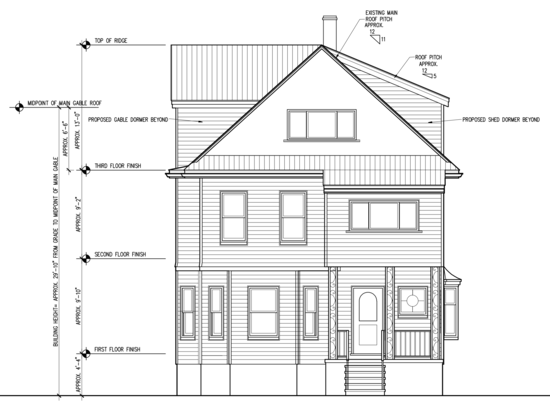 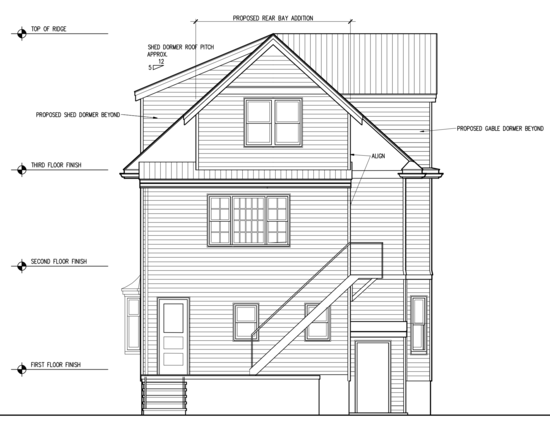 Getting approval from the Somerville Zoning Board of Appeals. The house was already non-conforming in terms of having too much floor area for its lot size, so we just had to demonstrate that it would be no more deterimental to the neighborhood than it currently was. Dormers are very common here, so this wasn't hard. 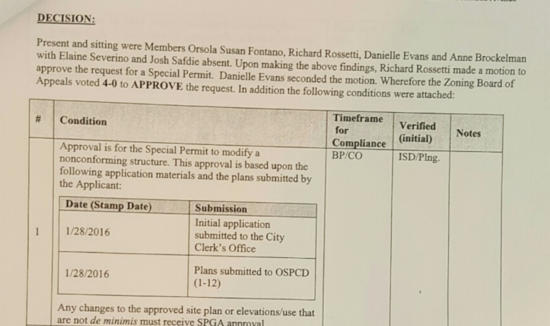 Trying to find a structural engineer.

Gave up on finding an engineer first, decided to find a contractor and have them subcontract the engineering. Talked to several companies, picked Brendin Lange (unfortunately).

We move out, Lange does one day of demo. Excuses for why things aren't moving along. 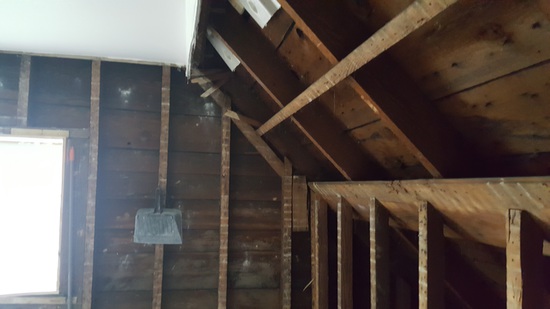 Terrible excuses from Lange, followed by his stopping returning my calls.

Trying to find another contractor.

Found good contractor, they started almost right away on demo and shell, after I got the trees trimmed. 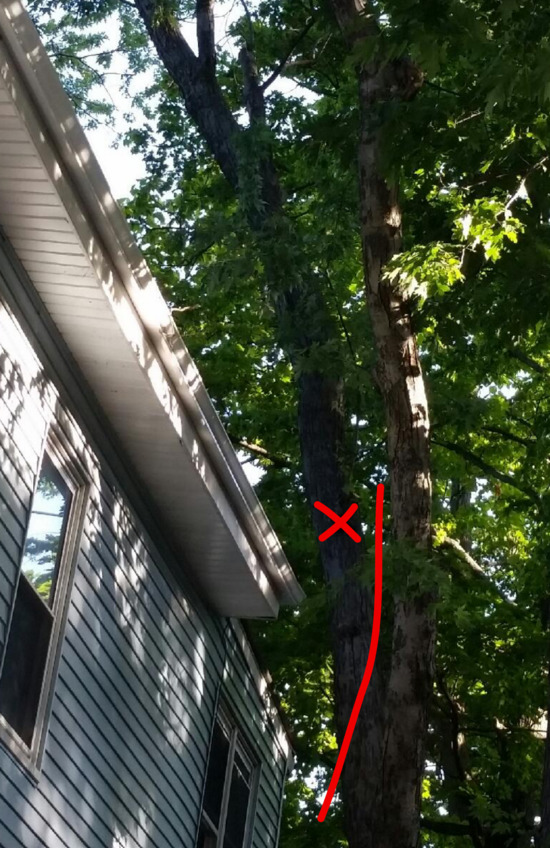 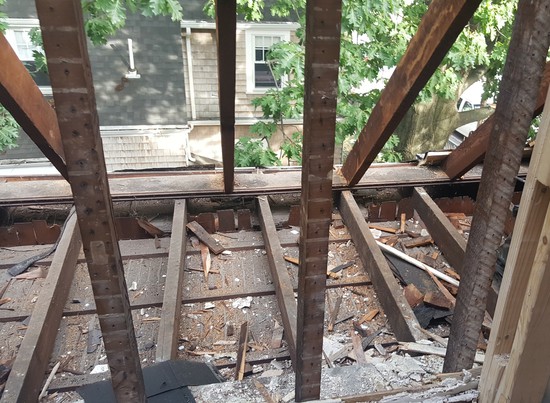 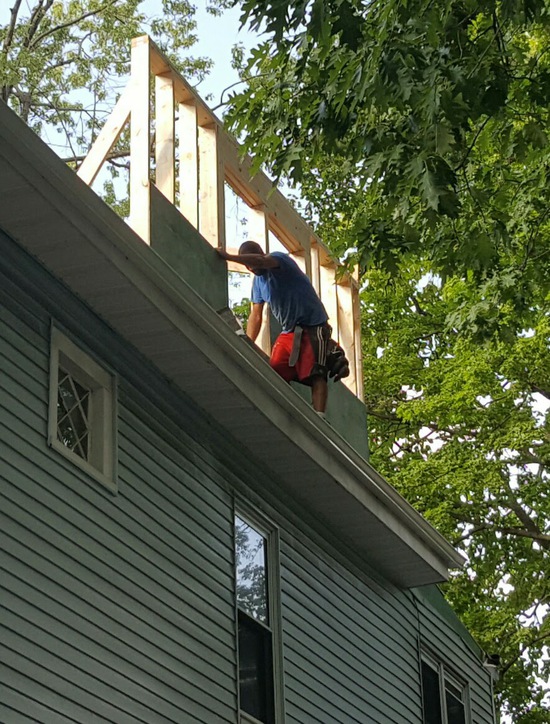 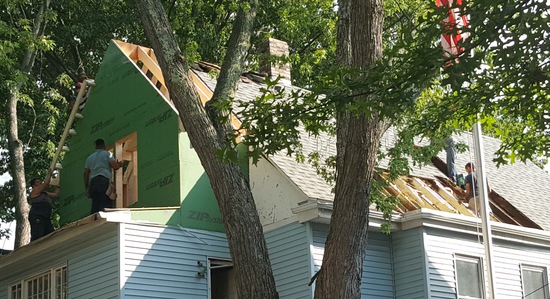 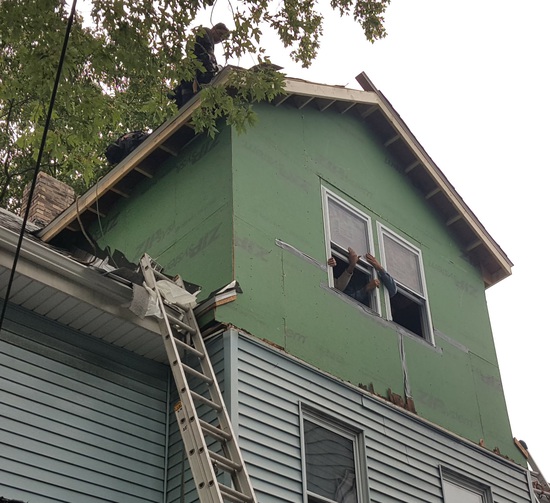 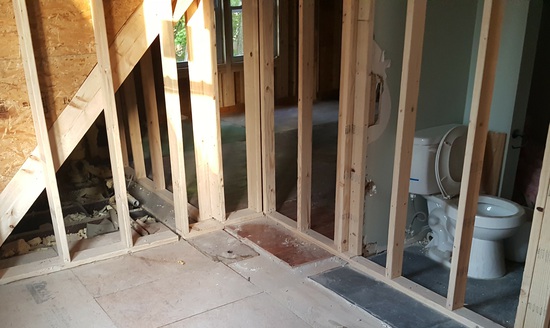 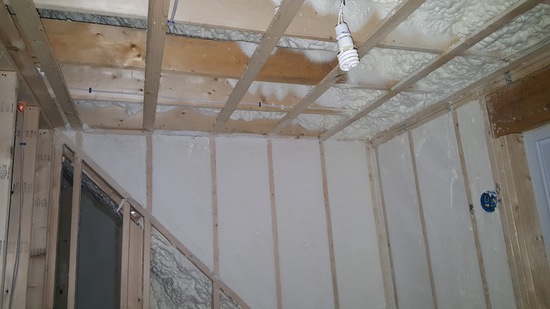 Floor varnish, waiting for fumes to subside, moved back in. 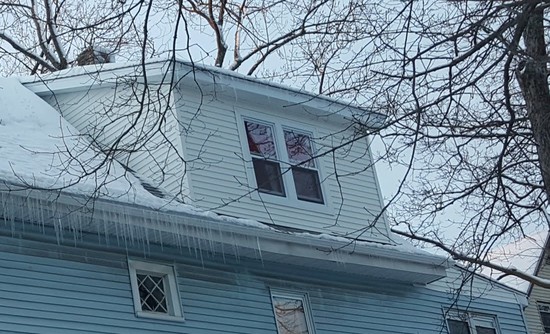 Zillow thinks our part of Somerville is about $430/sqft, based on sales over the last few years, so $462/sqft is on the high side. Though this also involved converting the attic to conditioned space by insulating the roof instead of the ceiling, and converting 90sqft from having 5-8ft sloped ceilings to being full-height, so the effective gain is a bit higher.

Alternatively, from a per-bedroom perspective it looks pretty good. The marginal bedroom [1] in our area is currently $645/month, [2] so at $55k/bedroom you're only talking 7 years to make the investment back. And having separate rooms for everyone in the family while still being able to have housemates is worth a lot to us!

[1] This is the cost difference between an apartment with N bedrooms and one N+1, not the cost of an apartment divided by its number of bedrooms, which is much higher.

[2] I used the difference between a 3br and a 4br unit here, because there aren't enough 5br or 6br units on the market to extrapolate from. The $645 estimate is the average of each month's delta over the last year: