Earlier this month (9/4) our dishwasher started leaking, and I disconnected it. The new dishwasher comes in about a week, but I was curious whether I would see an increase in our water usage from hand washing the dishes. After downloading the data, though, there were more interesting slope changes: 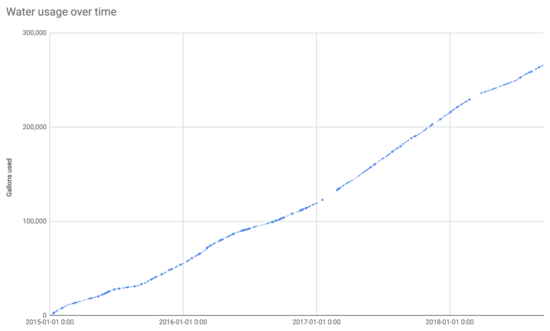 I think most of these make sense: 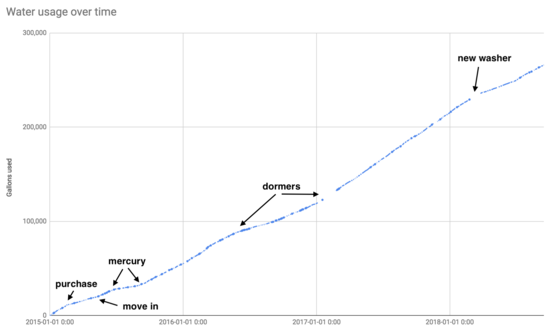 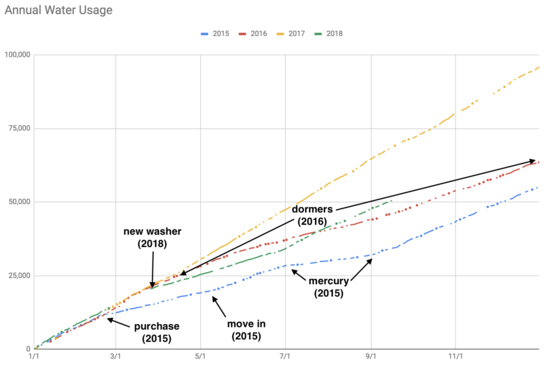 Comparing just 2017 and 2018 the change from the washing machine is pretty dramatic: 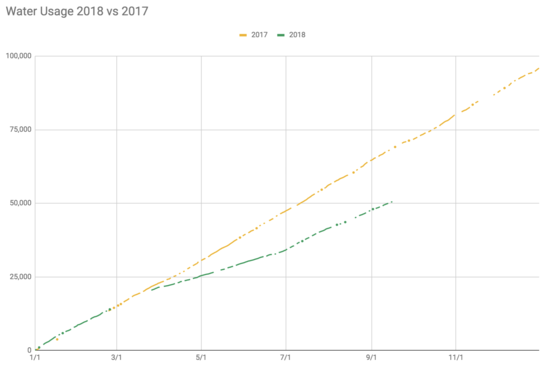 How much water did that save us? We've had the new washer for 171 days and used 30k gal, while during the corresponding 171 days last year we used 46k gal, so 16k gal more. Our cost per gallon (water and sewer) is 1.65¢, so simple extrapolation says we're saving $584/y on water with the new machine. Plus a substantial fraction of those saved gallons were heated, so we're saving fuel too.

This is a washer that gets a lot of use (average of seven adults and two kids) but with these sorts of savings we should have done it sooner!