In the discussion on kids roaming a few weeks ago, Cullyn suggested walkie-talkies as a way to keep in touch with kids who are out of sight. This wasn't something I had thought about at all: my only experience had been with short-range children's models in the early '90s, but now you can get rechargeable ones that will reach about 1/4mi through houses for ~$13/each shipped. 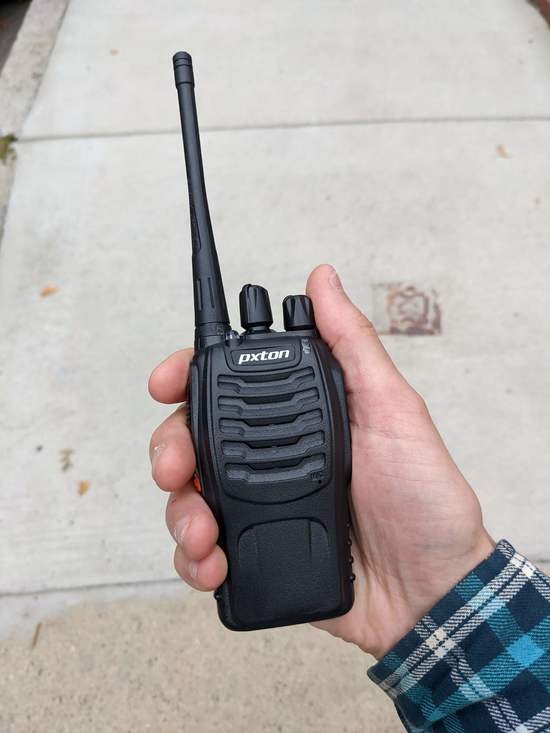 I got a set of four a little over a week ago, and we've been trying them out:

We tested the range, and in our flat neighborhood of densely packed three-story wooden buildings it was clear at 1,200ft, down to almost unusably fuzzy at 1,500ft. This is farther than we are OK with the kids going, and farther than their friends' houses, so I don't expect it to be an issue for a while.

Before deciding to get these, we had also considered a watch with cellphone + GPS like the Gizmo. That seems like a nice idea, and I liked the idea of GPS, but it's more fragile, more expensive up front, and has ongoing costs. Since the walkie-talkie was so much cheaper, we decided to give that a try and see how we liked it. So far so good!