When we bought our house it was entirely uninsulated. We insulated it in two phases:

Here's a diagram, where red is foam, blue is blown-in, and green is batts: 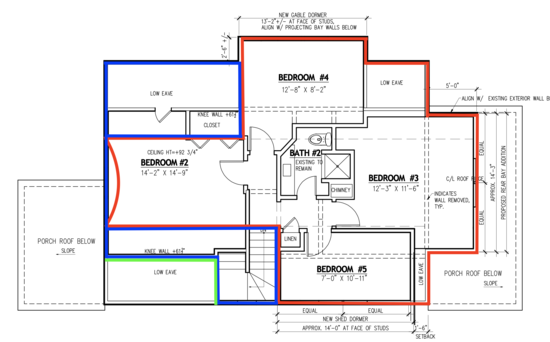 One way to see how well this worked is to look at snow on the house. I don't have pictures from before we put in any insulation, but my memory is that the roof generally melted the snow rapidly by retaining very little heat. I do have pictures, though, from (1) after we had the foam but before we blew in insulation, and (2) today: 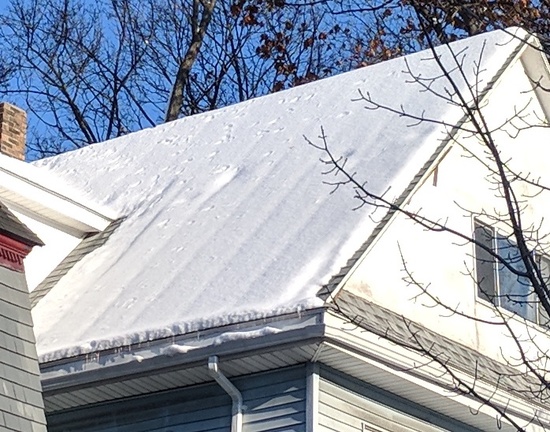 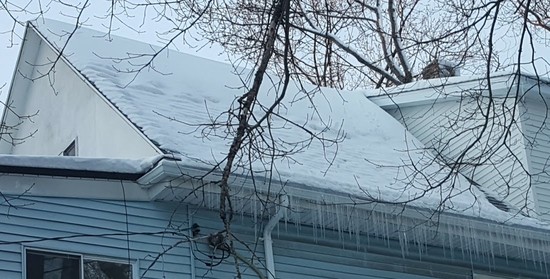 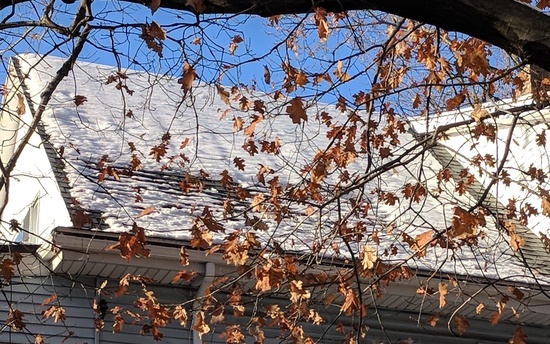 Overall, it looks to me like the left side is a lot better, but the right side, specifically the area where they used batts, isn't.

Here are those pictures again, with lines showing which parts of the roof have what kinds of insulation: 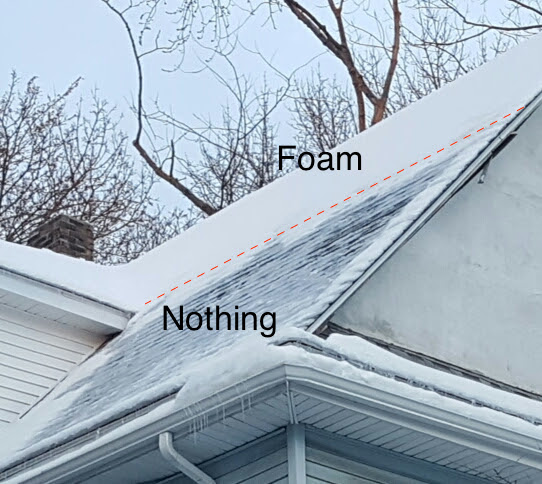 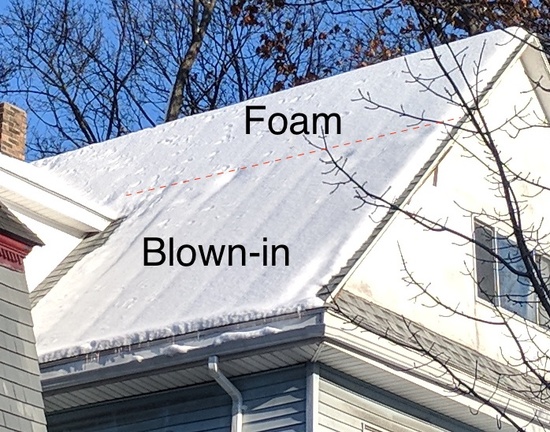 You can also see that the (2x6, wood) rafters conduct heat better than the insulation, which gives us the lines running from the ridge down to the eaves. 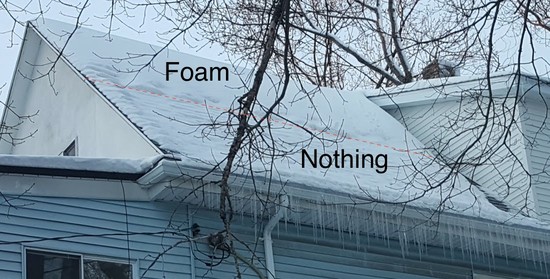 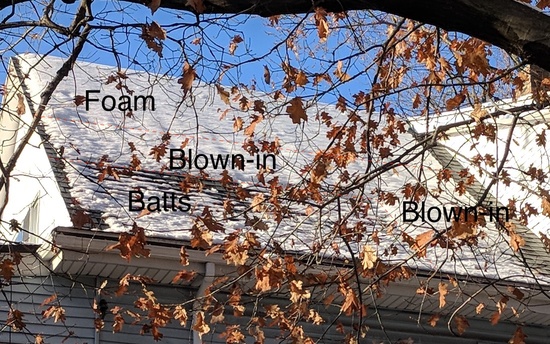 The foam and blown-in areas involve insulating the underside of the roof, while the batt area involved insulating the interior walls and floor. Specifically, the batt area is a triangular region of empty space, 5ft tall and 5ft deep, running along the house. They (said they) insulated where that area met the rest of the house, leaving the parts that touch the outside uninsulated. This should work: the remaining empty space will be external temperature, and we shouldn't have much air or heat making it into the empty space from the rest of the house.

Looking at this picture, I think there's either a large air leak from the rest of the house into the empty space, or something very wrong with the batts in one of the places. Does that sound right?

Update 2018-01-25: this is old news (see comments) but the problem is that the end of the triangle wasn't actually insulated. They're going to come back and fix it.

←
Everything is Barter Open-Hand Catan
→