Lily and I have been playing some 5x5 Go. We were using rubber bands to mark off a corner of a regular board, but I wanted a real one. It doesn't seem like anyone sells these, so I decided to make one: 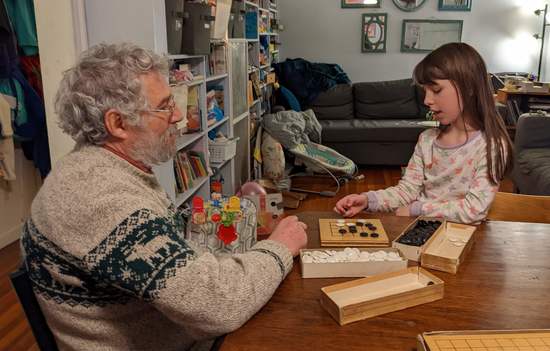 I found someone else's writeup of how they made a Go board, and took a similar approach.

Instead of using MDF, I used some of the three-quarter inch plywood I keep on hand. I cut a rectangle 6" by 6.46", following the Japanese ratio: 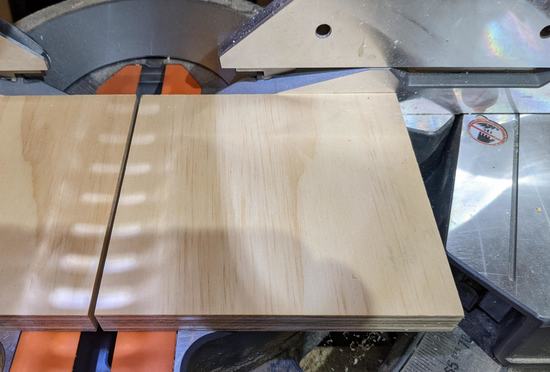 I sanded it, progressively down to 220 grit: 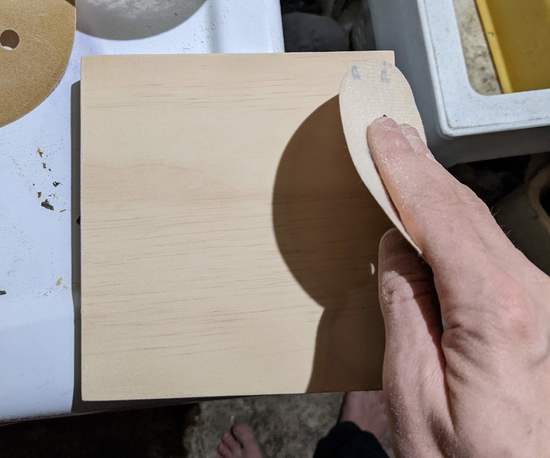 I sketched the initial set of lines in pencil: 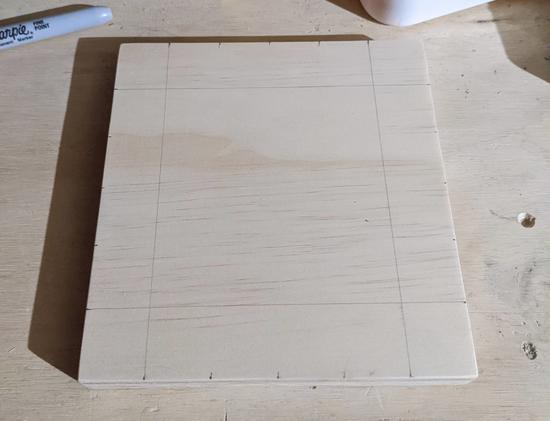 I drew the lines in sharpie. It would've been a bit nicer to use a finer point, but this was what I had. 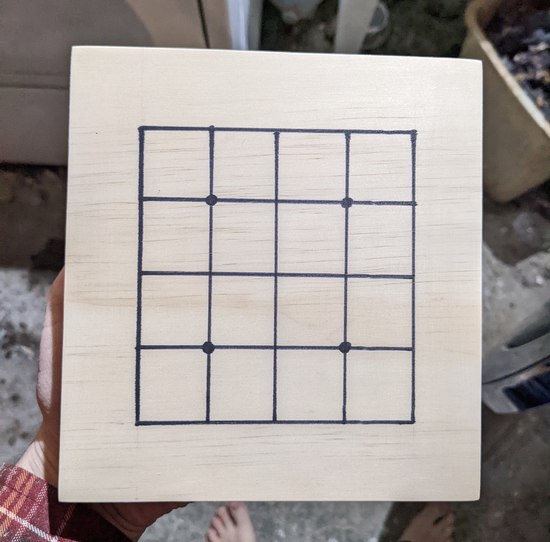 After two coats of polyurethane, it's ready for play: 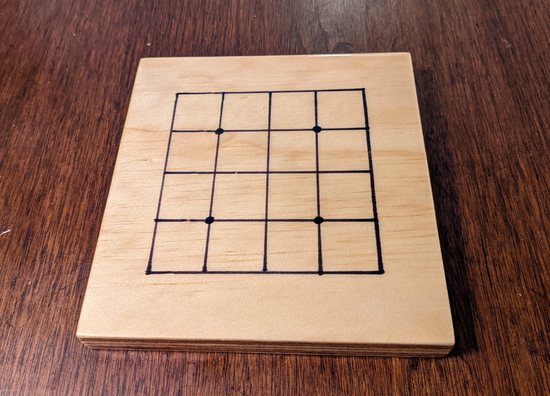