I've been playing 5x5 Go with a lot of people new to the game, and have been using some simplified rules for faster teaching:

I'll start them with a number of their pieces already on the board ("handicaps") that I'm guessing will be about balanced. Over time they'll need fewer and fewer. 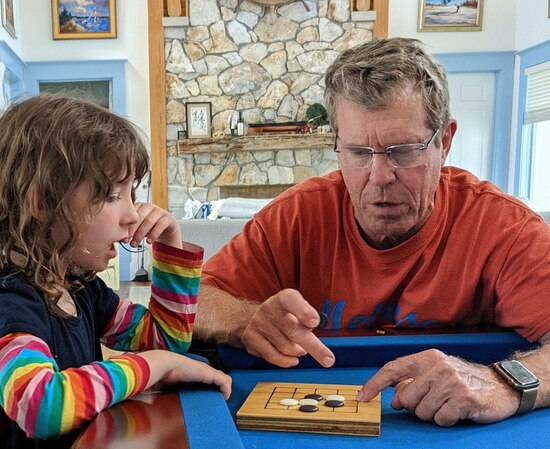 After playing a bit, often in the first game if they're picking things up quickly, we introduce the idea that if it's clear you're not going to win you resign.

At some point you likely get to a game where both have pieces that can't be lifted. After declaring that a tie, I'll explain territory scoring and passing. If they're the kind of mathy person I think will enjoy it I'll show them the Tromp-Taylor version, and with that we're ready to move on to larger boards.