I'm a big fan of playing go on small boards: 5x5, 7x7, 9x9. The smaller the board the shorter the game, and when you're new playing lots of games quickly is better for learning and keeping it fun. I also like that on smaller boards you're more able to substitute reasoning for go-specific intuition, giving a better learning curve.

You can make a small go board by blocking off the corner of a larger one, with rubber bands or pieces of cardboard, or you can sketch one on paper, but this is not very satisfying. Unfortunately, no one seems to sell very small boards: you can buy 9x9 boards but not 7x7 or 5x5.

I made a 5x5 board a year ago, and it has gotten a lot of use, so I decided to make a few more. This time I wanted to make enough that I can keep at least one at my dad's house and one at the office in addition to one for home. So: 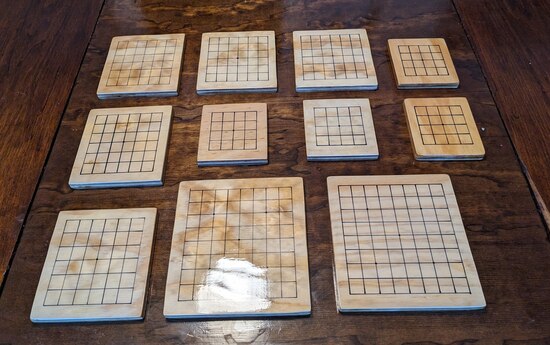 The process was similar to last time. I started by cutting 3/4" plywood into rectangles. But how big?

The cells on a Go board aren't squares: they're traditionally ~7% taller then they're wide. Possibly this is to adjust for perspective when you look down on the board at an angle? You normally space the lines 7/8" horizontally and 15/16" vertically, and ideally leave that much for a margin as well, though it could be as small as 1/4" if you had to. This gives us:

It's also fine if they're bigger than what I've called "ideal", if you like a larger margin.

In looking through wood scraps some were a bit smaller than the ideal size, but as long as I didn't go below the minimum size I knew the grid would fit.

I cut each piece to be square, and then sanded them smooth. Here's the process of gridding a 7x7: 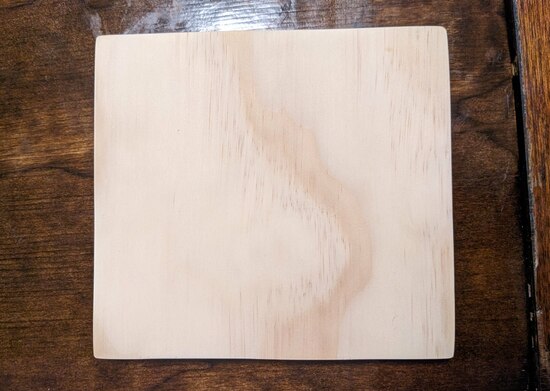 I started by finding the midpoint: 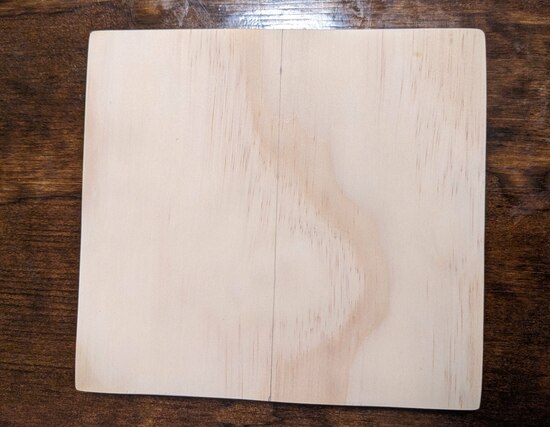 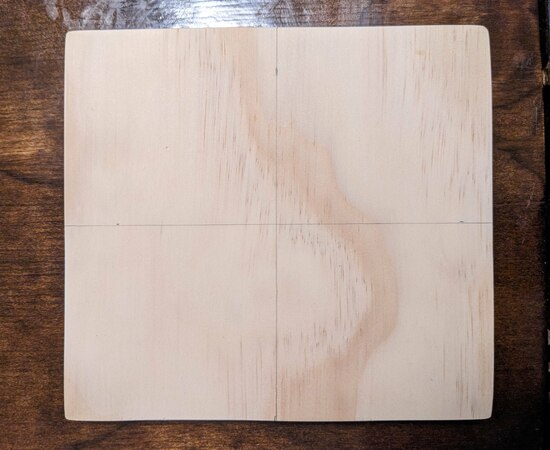 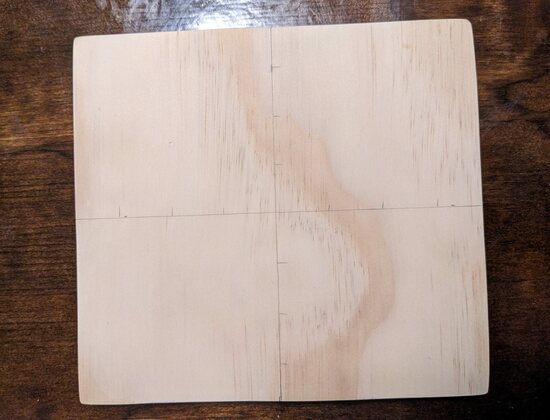 More ticks for the perimeter: 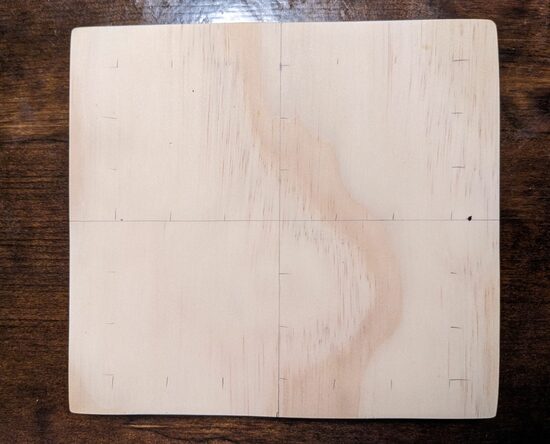 Drawing in the whole grid with a straight edge: 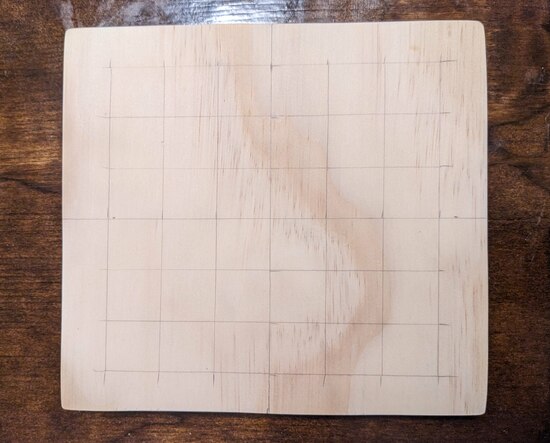 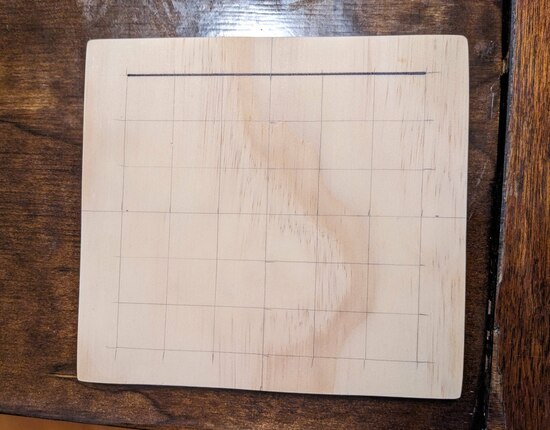 Inked the rest of the lines: 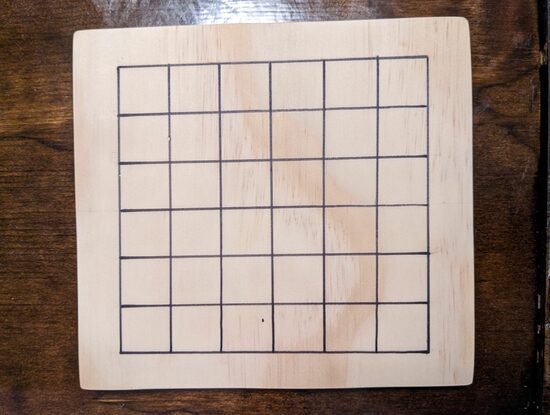 There's a little mark where I accidentally touched the marker. I removed it later by sanding the spot, though there's a tiny dent now.

Here are all the boards, ready for polyurethane. 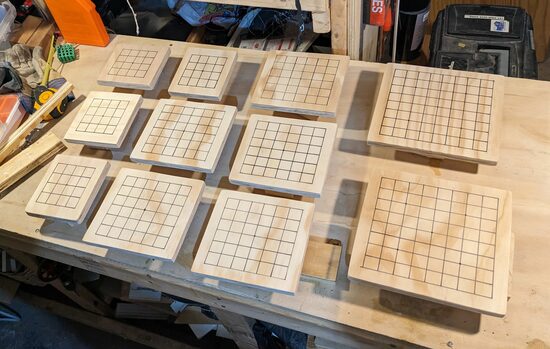 And after three coats of poly, protected and shiny:

I'm tempted to list these on Etsy, not because I want to be making them to sell but in the hope someone will try to "rip me off" and then people will be able to get 5x5 and 7x7 boards commercially.