Since starting using Mastodon a month ago, a few different things haven't been a good fit for how I like to use social media:

I decided to write a custom client that does both of these the way I'd prefer, and also fixes some other problems I've had with social media historically:

If you were to visit you'd be asked to log in:

It won't actually let you log in because the list of allowed users is currently just me, but let's imagine you're me. On logging in you'd see a feed, which is a series of posts sorted first by the weight I've assigned to the author and then in reverse chronological order.

It also works on desktop, where you have a bit more space: 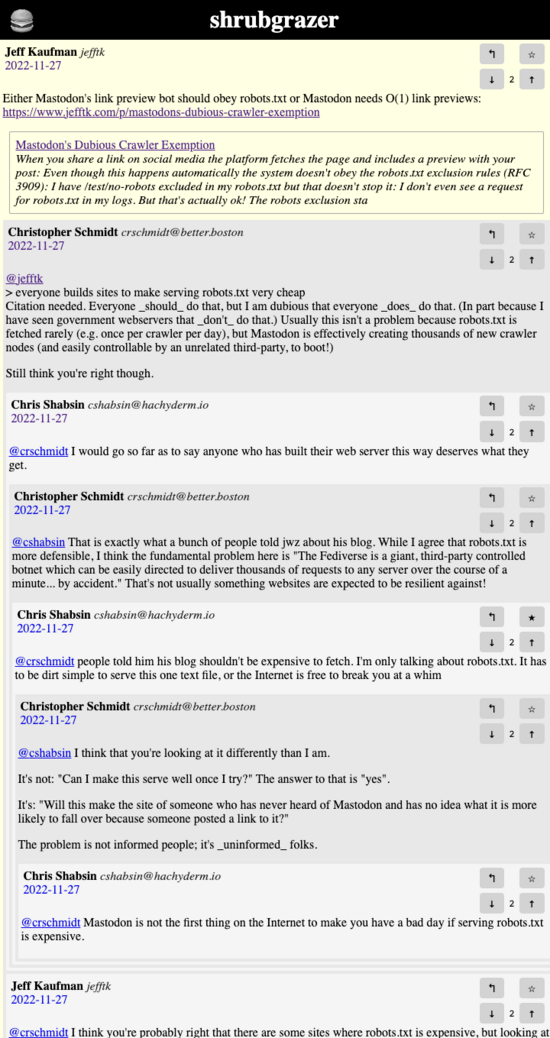 If you open a post that has both children and parents it shows the parents above and then threads the children below. This means even when exploring a large discussion you can still see your context. 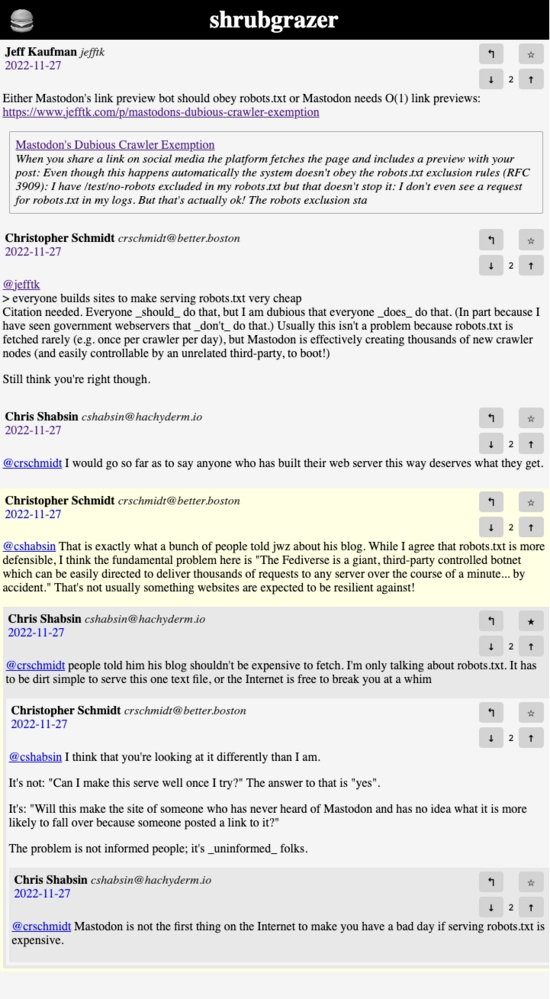 The hamburger menu in the upper left gives additional options: 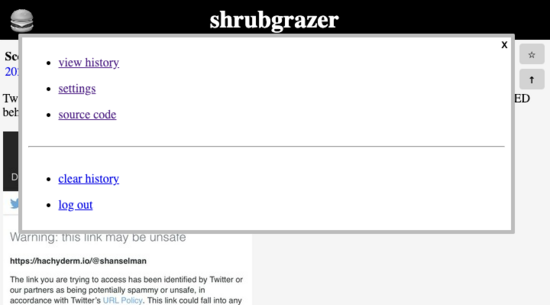 The client has only just gotten to where it's usable, and there are still several key features where you need to fall back to the standard UI (notifications, following, boosting). Still, if it's something you'd like to play with, the client is open source (github) and is a python wsgi app with no dependencies. I could also temporarily add you as a guest on my instance if you wanted to try it without running code.

There are a lot of other things I'd like to do with this, like integrating notifications into the feed, threading related posts in the feed, and showing context on recent entries. You can see the full list on GitHub, and feel free to suggest more either in a comment or as a new issue.