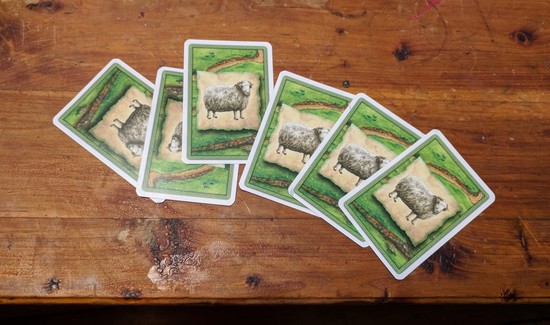 The rules of Settlers of Catan say "each player keeps their resource cards hidden" but in my experience the game is much more fun if resource cards are visible:

I find open hands enough better that if I'm playing with a new group, even if I can't convince them all to play open hands people are usually ok with me having my hand visible. I find I end up doing more trades than other people because it's easier for people to trade with me, and trades help you a lot. There are disadvantages, like someone moving the robber has a better sense of what they could get if they played it on me, but I don't think it hurts me overall.

(I got into playing open-hand at Swarthmore where this was the standard way to play. Local legend had it that this was adopted to re-level the playing field after a student with a very good memory (hi Fred!) was able to mentally keep track of exactly what was in everyone's hands.)

←
Insulation and Snow A calming strategy
→