The Impossible Burger is supposed to be pretty good: I've seen people in the animal-focused part of the EA movement saying that it's as good as a beef burger and the real challenge now is outreach. I was curious how it would do in a blind test, and when our cafeteria had Impossible Burgers available today I decided to run one.

And here's the beef patty:

I was mostly interested in comparing the patties, since that's going to give the most signal, is less work, and is easier to get volunteers for since it's smaller. A coworker ran another version of the test with fully dressed burgers (cheddar, lettuce, tomato, just mayo, bun) and fewer participants: 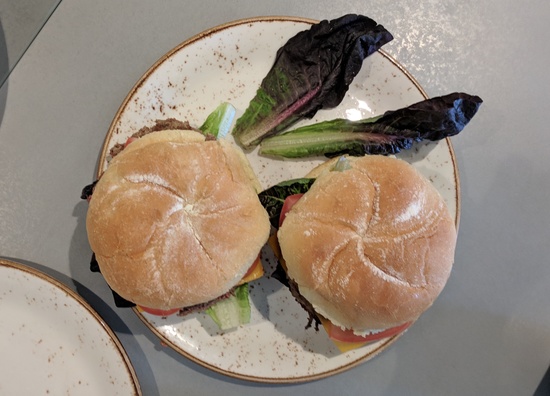 I cut up both burgers. Impossible: 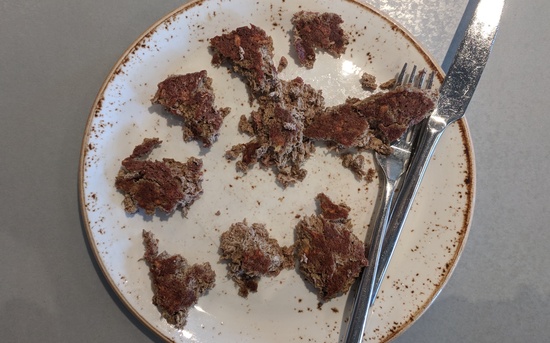 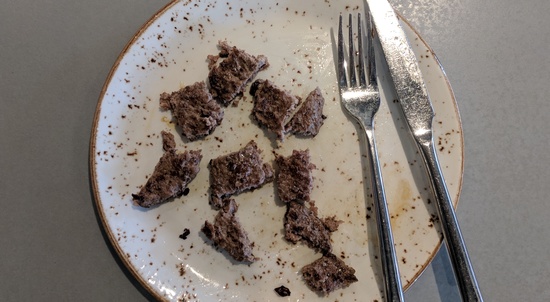 The impossible burger was hard to keep coherent while cutting, which is indicative of a different texture but shouldn't be directly considered since you normally just bite burgers.

Nine people tried them, eyes closed, with someone else putting first one on their fork and then the other. I didn't do the same order for each person, but also didn't bother flipping coins.

Everyone correctly identified which was which immediately. I've marked their reactions (i,b) for Impossible first, or (b,i) for beef first, and put them in the order they tried the burgers:

My main take-away is that it completely did not succeed at convincing people it was a burger made of ground beef, but it also tasted much better than past attempts. I would be reasonably happy eating one, much more so than any of the supermarket vegan burger patties I tested last time.

(Going into this my expectation was that people would be able to tell them apart, because I'm sure Impossible Foods has run this test internally and if people couldn't tell them apart they'd be using that in their marketing.)