We had a singing party recently, following a pattern that feels familiar and standard to me though I don't know how universal it really is. Potluck dinner, followed by people picking songs out of Rise Up Singing with accompaniment by a few people on guitar/piano/mandolin/etc. I grew up with my parents hosting and attending this kind of party a few times a year, and have enjoyed hosting them every so often now that we have a good space for it.

In my cohort it's relatively common for people to have copies of Rise up Singing, and my family also has a stack of them (cast-offs from a quaker school that bought new copies after these became too ragged). There's a sequel out, Rise Again, but fewer people have copies. This makes singing songs from this book less practical, since there tend not to be enough lyrics to go around. I'm thinking of maybe putting in an order for a bunch of these to have available, but before doing this I wanted to take a quick pass through the book and make sure there were enough songs in it I thought would go well. 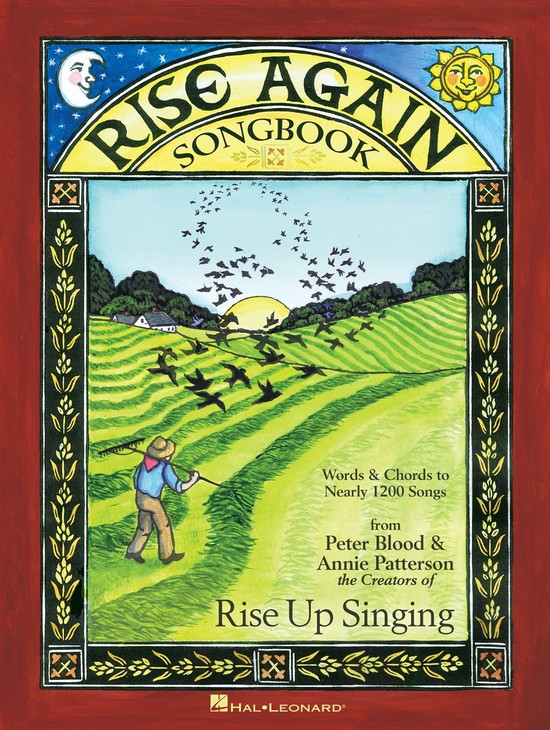 There are many songs I kind of know and would go well with other people leading, and a lot of songs that I didn't recognize from quickly skimming the title and lyrics but probably actually do know some. So I've ignored those, and these are just the ones I'm most excited about singing with a group:

This is about 10% of what I would have come up with on a pass through Rise up Singing [2], and a bit lower than I would have hoped. But I think there are probably a lot of other songs in the book that I will be excited about once we've tried them, so I'm leaning towards going ahead with buying a bunch.

Update 2018-01-29: I took photos of the Rise Again index, since the song list doesn't seem to be available online:

[1] These ones might not be good picks: they tend to make me sad and I don't know if I could sing all the way through them without tearing up.

[2] About ten years ago I took a pass through Rise up Singing and counted that I'd be comfortable leading 403 (34%) of the songs. That's a lower bar than I'm using here, though.

←
Recording your own CD Blind-Tasting the Impossible Burger
→