Shortly after buying our house, we decided to split an awkwardly shaped 3rd-floor bedroom into a smaller bedroom and a bathroom: 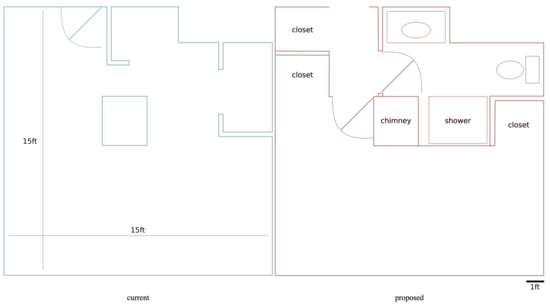 It took a little longer than we expected, and there were some surprises along the way, but it's done now! 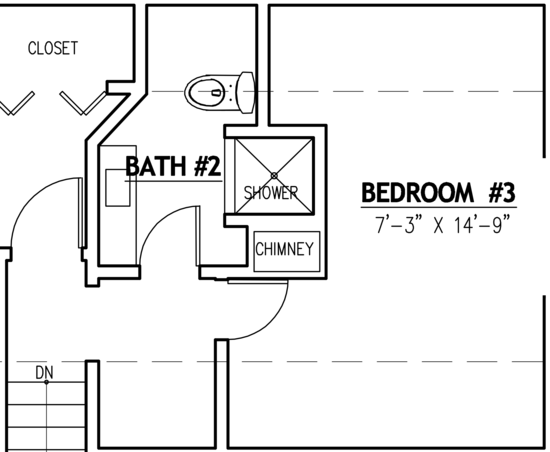 (This image is rotated from the previous ones, sorry!)

In general, the plan was that I would do as much of the work as possible, by myself or with friends. In Massachusetts I can't do electrical or plumbing work, so I was going to hire people to do these, but there's a lot of other work that goes into making a bathroom! That division is mostly what we ended up with, but with the working time being my free weekends it ended up taking a lot longer than we initially expected.

With four adults and two kids in this space, having two bathrooms instead of one has been really great. No more waiting for someone else to finish showering and get out of the bathroom, or even coordinating shower times. And while I think it would have been worth it just for the use we'll get out of it over the years, it probably also added more to the value of the house than it cost. [1]


[1] Trying to estimate the effect on home values was kind of awkward. The best way I figured out to do it was to claim my house on Zillow and then see how it changed the estimate for my house when I told it about the bathroom. Telling it that I'd added a 3/4 bath made it increase its estimate by $56k, though, which was more than I would have thought.