Writing about my sound system a few days ago I listed several things that annoyed me about mixer, a Spirit Folio. Nothing major, but several frustrations. I decided to try and open up the mixer and fix two of them: the location of the power connector and the pre/post-fader nature of the monitor outputs.

Opening up the mixer first meant removing six screws from the back and taking off the rear plate(and rack mount ears) to reveal the circuit board: 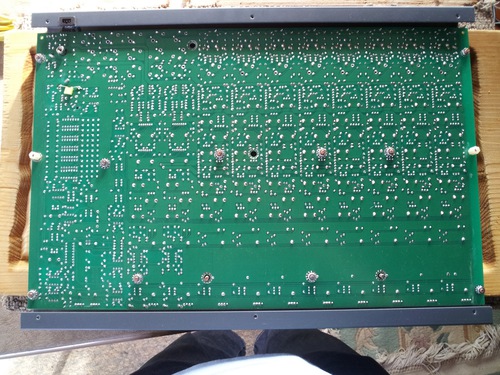 For this I decided to take it entirely apart, because I wanted to be able to see both sides of the circuit board. For many things you might be able to get away with just removing the rear plate. To take the front panel off, you have to: 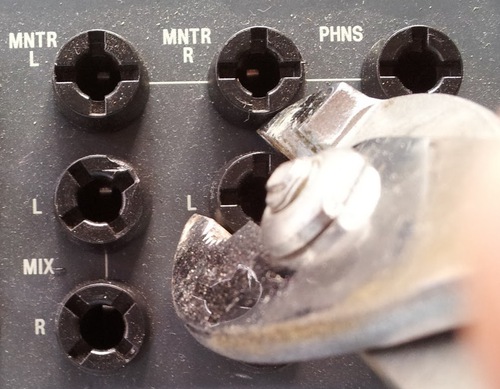 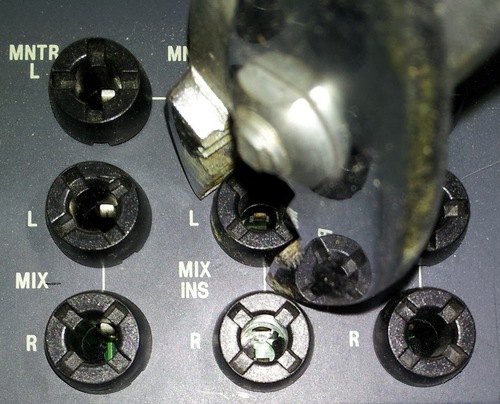 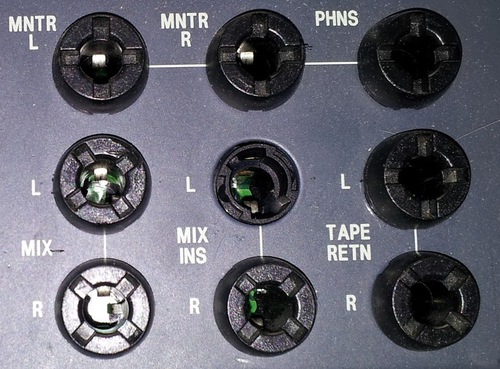 The power connection on the mixer was on the bottom. This is annoying, because then you have to sit it so that it slightly overhangs anything you put it on: 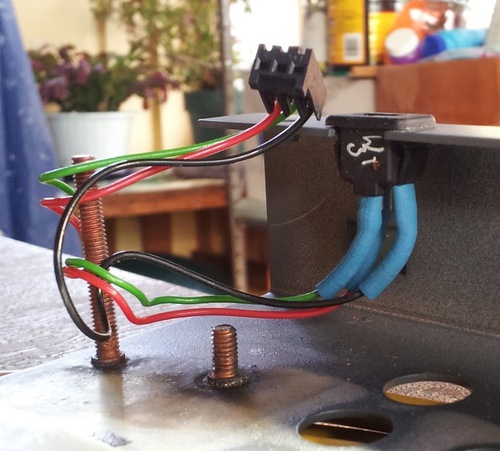 Mixer case upside down, power in the annoying place

I wanted to move it, and it turned out there was another hole available, with a little grey sticker over it. Moving the connector just meant unplugging the connector from the board, and putting it back in through the new hole. 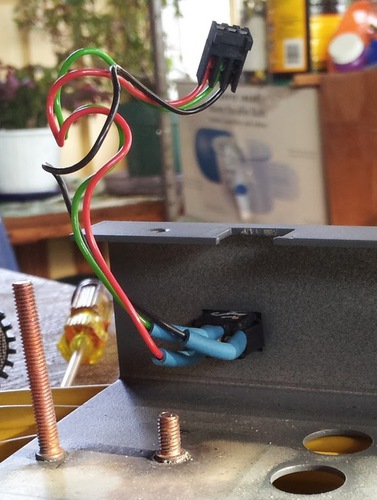 Changing the aux2 to be pre-fader turned out to be too hard. I put the fader all the way down, and then tried connecting what I thought was the pre-fader input of the aux1 to the (normally post-fader) input of the aux2 with a test wire. This didn't work. After trying connecting a few more things (all on one of the non-xlr channels that I just about never use) I gave up and put the mixer back together.