A few months ago I was wondering whether we could base contra role names off of whether hands face up or down. [1] Recently I realized we already did! 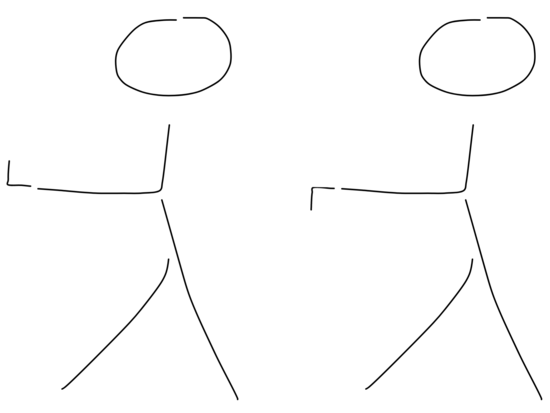 
[1] I think the best pairing to come from that discussion is Palms/Knuckles, though it's not a very good one.