If our power went out that would mean no heat: our furnace burns natural gas but needs electricity to run. We don't have a fireplace or other simple heating backup, and our normal approach if our furnace broke would be electric heaters. I measured our furnace, including circulator pumps, as drawing 1.7-3.6A depending on how many zones were running. This isn't that much... After thinking through options for backup power I decided to build something around a battery.

The inverter came with aligator clips for attaching to the battery, and for attaching the meter I used wire I already had (which is find because that wire carries almost no current). I hooked up the heating system to it, turned up a thermostat, and it worked!

Unfortunately I was seeing much more power draw than I had expected: 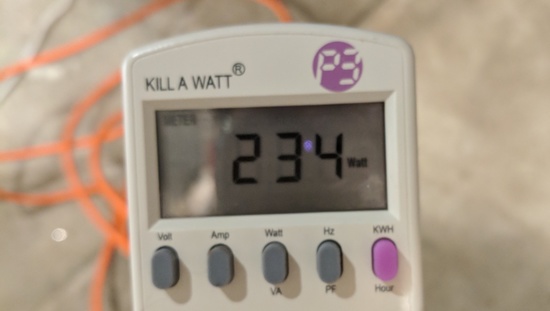 I realized that the very low values I'd written down must have been in Amps not Watts, off by a factor of 120 (the voltage). Which means my runtime calculations (days on a single 100Ah battery!) were way off.

Making things more disappointing, while the inverter was rated for 300W (600W surge) after a few minutes voltage dropped and it turned itself off. I tried again, same pattern: 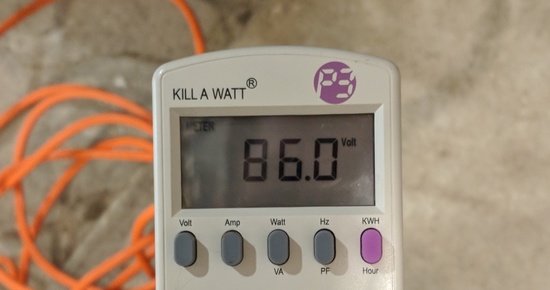 I returned the inverter and bought a new one with higher ratings: 500W and 4.4 stars:

When the new inverter came I hooked it up and everything looked good. Here it is with two thermostats turned on and during the part of the boiler's cycle when the fan is running: 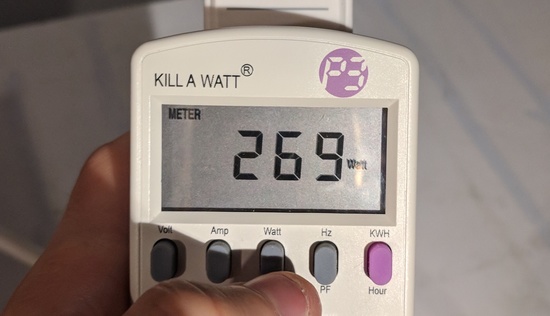 Power draw is a bit higher in Volt-Amps, telling us the power factor isn't perfect: 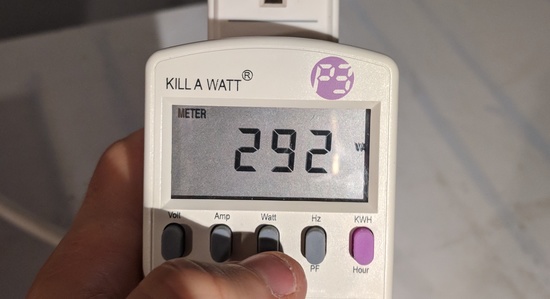 Voltage dropped from 118V with just the meter to 116V with the whole thing, and stayed steady there: 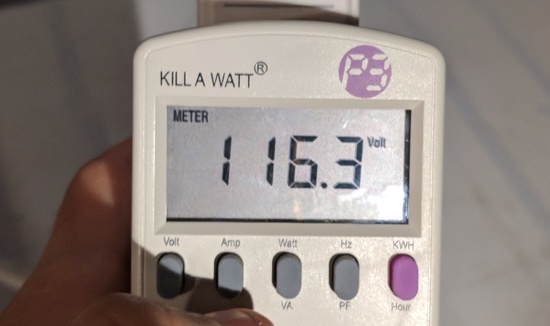 And here's what it looks like leaving the battery: 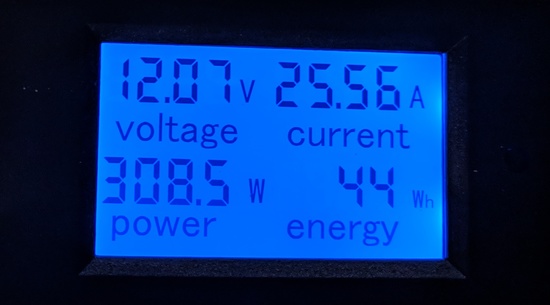 Dividing 269W at the output by 309W from the battery says the inverter is operating at 87% efficiency, which is within its documented range (85-90%).

I only ran it for about ten minutes: it's summer and I don't want to heat up the house. The next test will be when it's cold out, and then I'll want to see how long I can run on a full battery. It looks to me like we'll only get a few hours on the battery.

In general our heating system is optimized for conserving fuel, not electricity. This means it runs the pumps constantly when trying to heat the house. Which at $0.22/kWh is totally the right balance! But I think if we were trying to conserve power it would make sense to run it until the radiators were warm and then turn it off for a while, repeating every time they cooled down. Still it might make sense to get another battery or maybe a generator. Still kicking myself for misreading the meter and not realizing how much power I needed to budget for.