I wrote earlier about how I was putting together a battery backup. I wanted to measure its capacity to see how it compared to the rating. It uses a lead-acid AGM battery rated at 100Ah, though the capacity will generally be higher or lower depending on how much current you draw.

To tell how full an AGM battery is, you let it rest for at least four hours and then measure the voltage. This isn't all that accurate, but it should be enough to keep from drawing the battery down too far. You can also measure the voltage under load, but this is even less reliable.

I tested with a box fan on "high", which drew about 70W (75W counting the inverter), and recorded the voltage every so often: 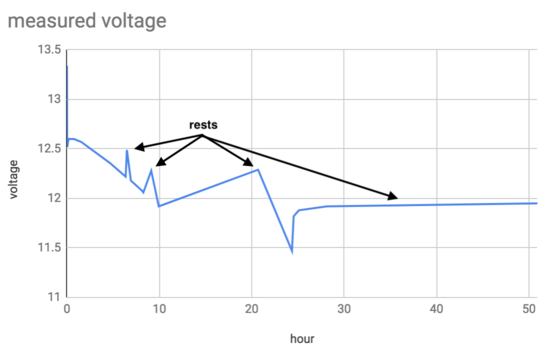 The places where the voltage comes back up are measurements I took after the battery had rested. Here's voltage under load, removing any periods where the inverter was disconnected and the fan was off: 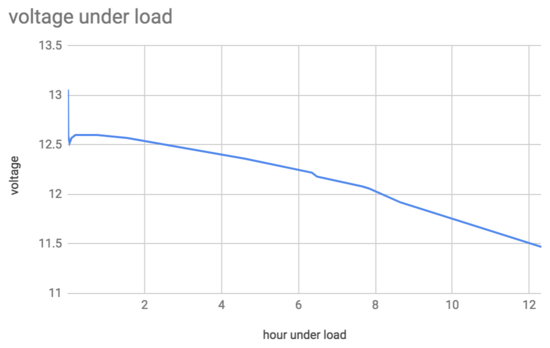 And similarly this is how many Watt-hours had been consumed over time: 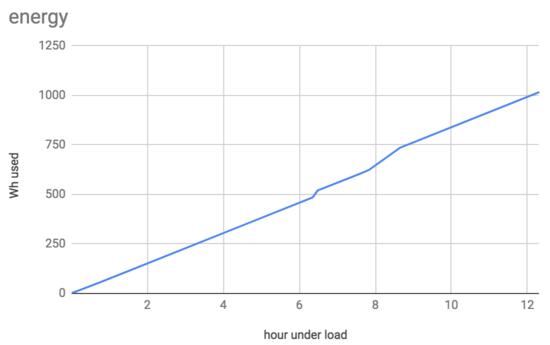 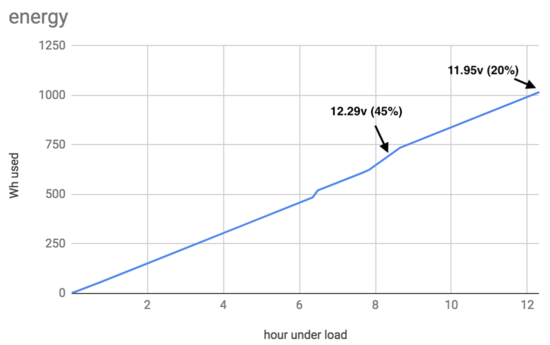 Warning: there are charts out there for AGM batteries that look like: 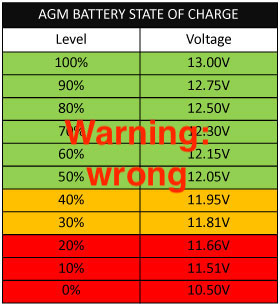 I'm not sure where they're getting their numbers, but I think it might be that while they've labeled it "AGM" it's actually for a standard flooded lead-acid battery. Or maybe this was intended for measurement under load, and then people misinterpreted it as being about rested charge? I don't know why they're common but the bad numbers turn up a lot of places. Here's someone else writing about these bad tables.