Lets say you're the caller, or someone else handy, at a dance where the band is running sound. The band is all set up, but they're not quite sure if they have their levels right, and they'd like you to make small adjustments. What do you do?

When you've never used a mixer before, they look very confusing. Large numbers of controls; how could you learn to use all of them? It turns out that most mixers you might run into are designed in a very similar way, and most of the controls are near-duplicates. Have a look at a mixer: 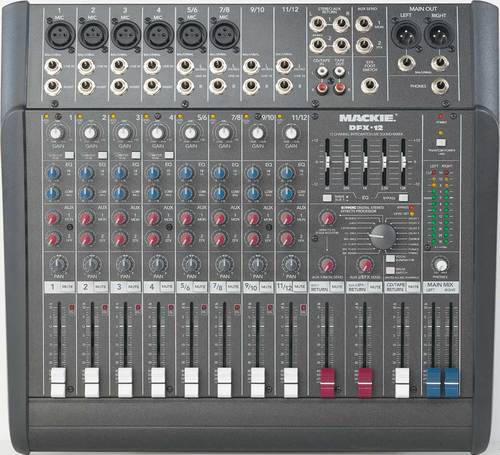 There are patterns in that layout. In the image below I've circled one channel. That's a path that the sound from a single instrument would travel: 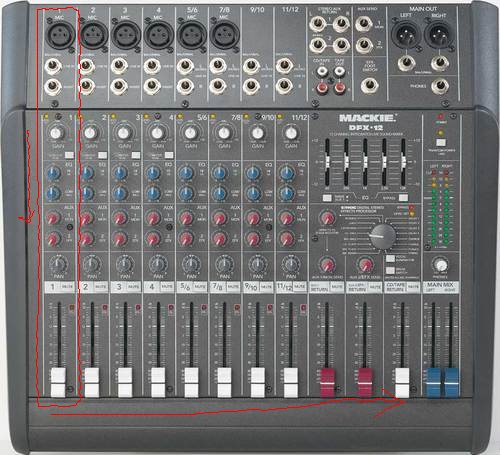 This particular board has six full channels. Each channel is identical to the others, and is suitable for any instrument or caller. The sound moves from the top of the board to the bottom, going through several modifications. In the image below I've circled the most important ones: 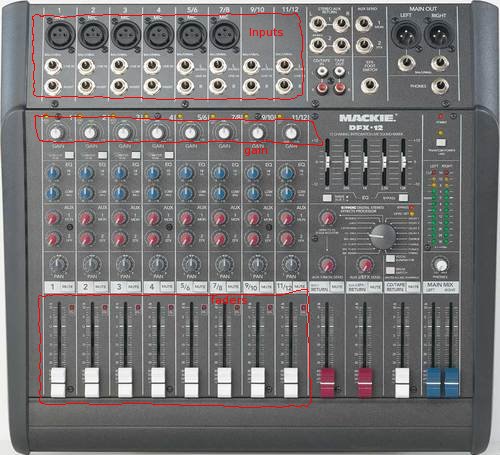 At the top is where the instruments will be plugged in. Generally via the big round sockets at the top. This connection is called XLR and is standard for microphones. Sound moves down the board into the 'gain' area. The signal from a microphone is very quiet. Before doing anything else to it, very sensitive amplifiers bring it up to a level where it is less prone to being distorted by electronic noise. Because some instruments are louder than others, different instruments will need different amounts of amplification here. That's what the 'gain' knob is for. A trumpet is loud and might need a very low gain, while a mandolin is quiet and might need much more gain. The goal, after the gain step, is to have all the instruments and the caller at about the same relative volume.

At the bottom of the board there are faders. These let you fine tune the volume of an instrument. During the dance, you want to change the volume of an instrument with the faders, not with the gain knobs. The pair of faders all the way on the right, generally labeled "main mix", control the overall level in the hall. If everything is too loud or too quiet, that's where you adjust things. Don't worry about left/right -- move them together.

What if the board doesn't look exactly like the mackie above? It turns out nearly any board you're likely to see at a contra dance follows this same basic structure. Have a look at these boards and see if you can identify the inputs, gain knobs, and faders. See the channels (you care about the ones with a big round three prong XLR input at the top) and count how many there are: 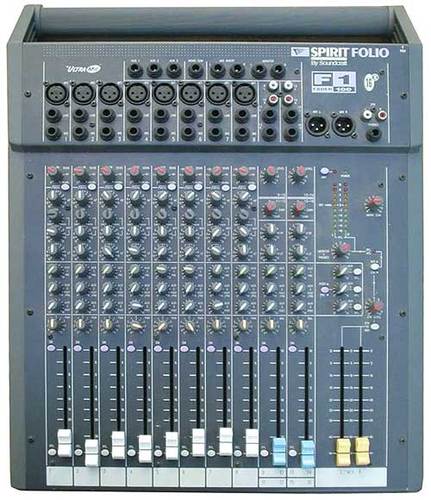 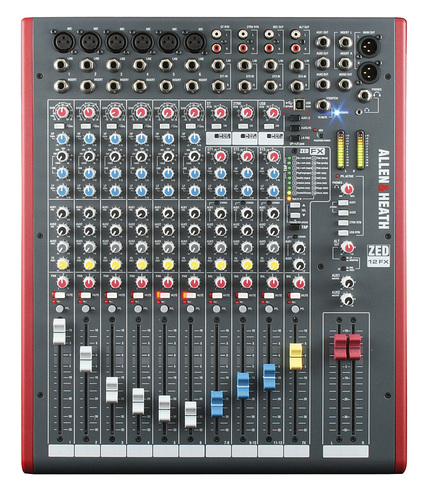 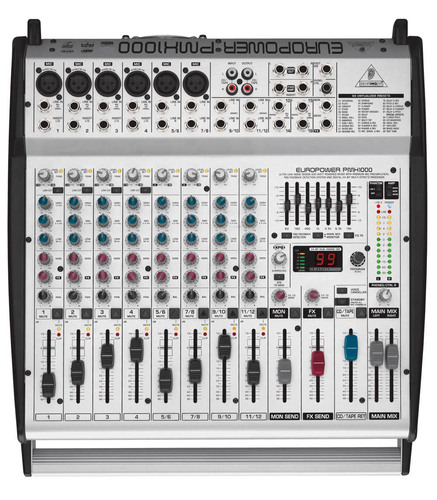 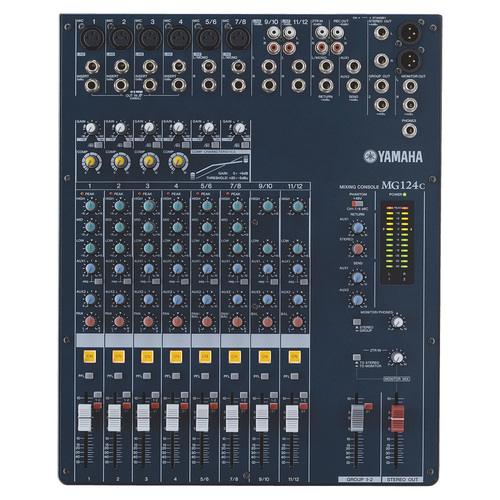 The inputs are at the top. The gains are the first row of knobs below the inputs. The faders are at the bottom.

So, back to the original question: how do you adjust the levels of the band so that they sound their best? The first step is listening. With the whole band playing as they would for a dance, you go out into the hall and listen. Look at the stage, and for each person look at them to see what sounds you should be hearing, and check if you can actually hear them. Often someone is not audible at all, but no one has noticed. If everyone is audible, think about the balance of the instruments. Does there sound like there's too much piano perhaps?

Once you've figured out something you think is ready to be changed (the fiddle needs to come up a bit) you go back to the board. If you're really uncertain about this, you can just tell the band "I think we need more fiddle". That's helpful. More helpful is learning how to make the change yourself. Each of the channels should be labeled in tape with the instrument it corresponds to. If not, you would need to ask the band "what channel is the fiddle on?" Once you know what channel to change, make a small adjustment and go back into the hall to listen more.

If moving a fader up makes (or starts to make) a horrible screetch, that's feedback and you should move the fader back down, quickly. If that happens, don't worry about losing the original position of the fader, just get it quiet quickly. If things are set up properly you shouldn't get feedback from a small change like that, but you might and it's good to know what to do.

When you're listening for what to change, watch out for "louder is better". Turning up just about anything will sound better. This is misleading.

If a fader needs to go way up or way down in order to be about right, the gain is probably set wrong. Instead of trying to fix this yourself, you should probably tell the band. The most common thing is that people will play really quietly when setting their levels and then get much louder when actually starting to play. Or they will be closer/farther from the mic when setting up than when actually playing.

Some bands have monitors. In that case, there is one (or more) row of knobs that act just like the faders but control the levels for the monitors. The band can tell you which row is the right one to adjust.