We bought some apple cider when we went apple picking a few weeks ago, and while it's tasty stuff it seems it's not what people wanted to be spending their sweet budget on: we still had 2/3 of it left three weeks later. I decided to reduce it and make syrup, partly so that it would keep longer but mostly because apple cider syrup seemed like a fun ingredient to have available.

I put the cider in the slow cooker, the same way Julia reduces sap to make maple syrup. Possibly I should have filtered it first, but I didn't. I left it all day with the lid cracked so liquid could escape. Occasionally one of us would check on it, including tipping the lid over the sink to ditch the condensate, and ~8hr later it was down to ~1/8 the original volume. 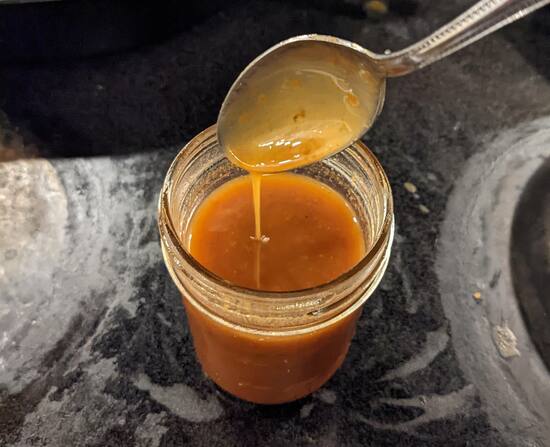 It's very flavorful, and I can think of a lot of ways I might incorporate it into desserts.