Here's a game I play with the kids at the park a lot:

Usually I'm the monster over and over. The game typically involves a lot of trying to sneak up on people and reach them through the bars, or climbing around on the railings trying to corner people. 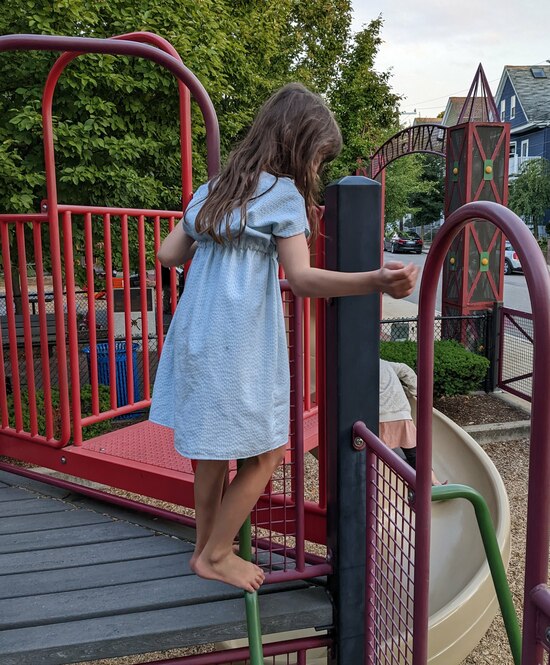 This works best on a play structure with lots of railings and where the main platform is at about adult shoulder height. You often need to tweak the rules for the specific structure and kids you're playing with, trying to keep it balanced: if games are running much too long/short then shift the rules slightly towards or away from the monster.

When I was little I think we used to call this "don't touch the ground tag", though looking online now that seems to be generally used to refer to a different game.