Several people have asked me lately how you go about playing a tour as a contra dance band, so I thought I'd write something up. I've helped book three tours with the Free Raisins, in 2012, 2013, and 2014. These were all booked on a similar model: as many dances as possible in as short a time as possible. We each had day jobs, with relatively limited vacation, so our ideal tour was one dance a night for about a week.

There aren't actually that many weeknight dances, though: 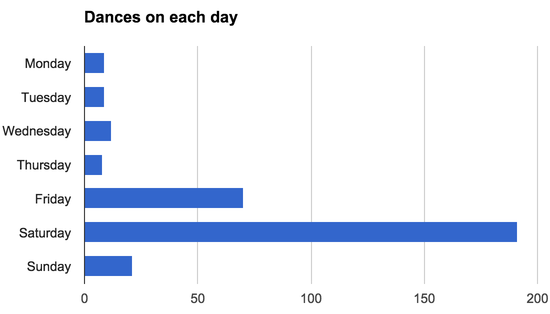 Luckily, what weeknight dances there are do cluster: 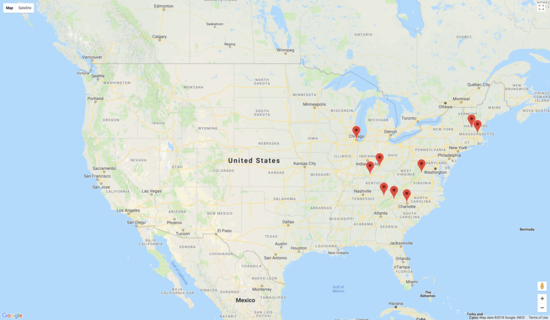 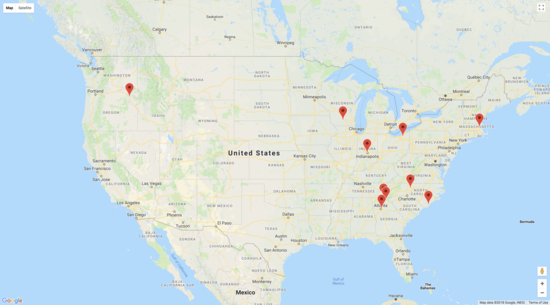 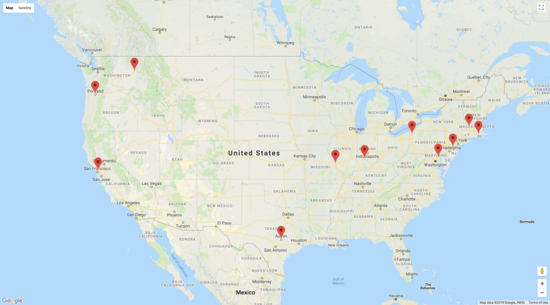 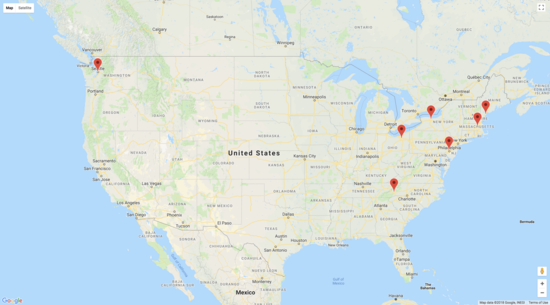 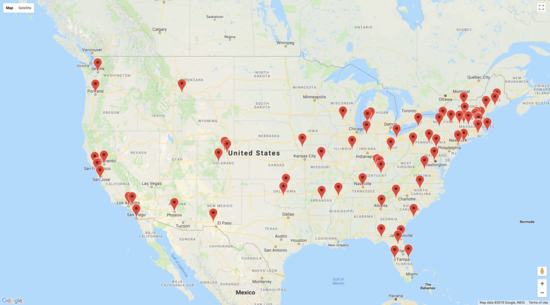 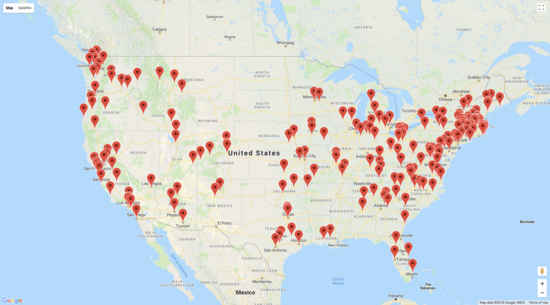 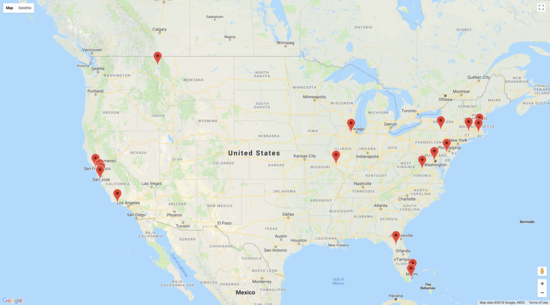 You can pick one of those areas to try to put together a tour. (Markers are clickable links to dance websites.)

Here's the basic process we went through in setting these up:

If you can't fill all the nights with regularly scheduled dances, a house concert or a special event dance can work well. This would probably need a local friend to organize, or there may be someone in the community there who organizes these.

Our tours generally averaged about 4hr of driving per day, and while less would have been nice this was fine. We had one day on one tour with 10hr of driving (Bloomington to Philly) which was too much, and I wouldn't do that again.

←
History of HTTPS Usage Multiples of the Minimum Wage
→