One thing I enjoy about aerial imagery is that you can see traces of how cities used to be. Tracing the spaces left behind by old train lines is a lot of fun, but recently I've been looking at some airports:

Old Jijiga Airport (link), also with housing, mostly recognizable as a piece of the street grid that doesn't match: 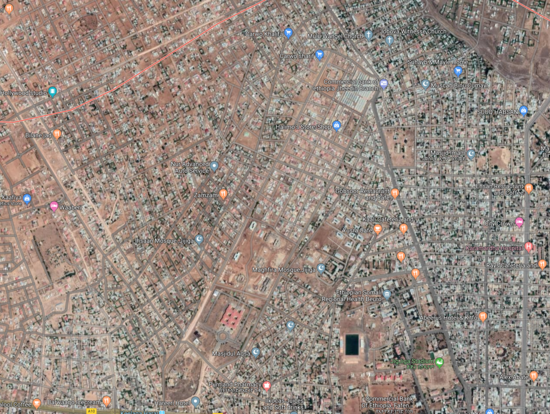 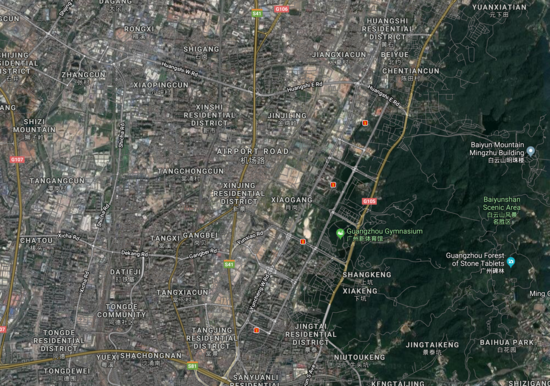 Old Quito Airport (link), now a large park and very visible. I think this the airport we used when we visited Ecuador in 2012: 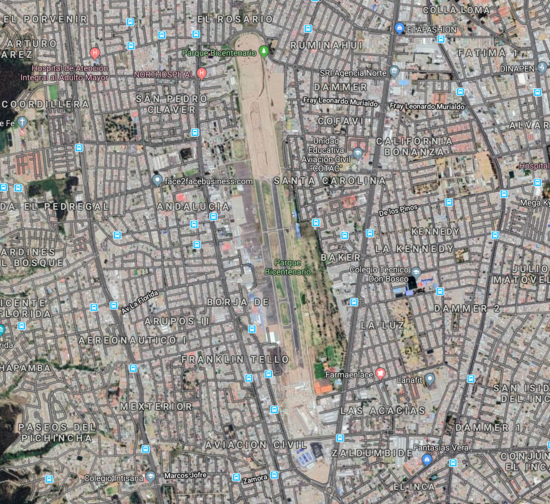 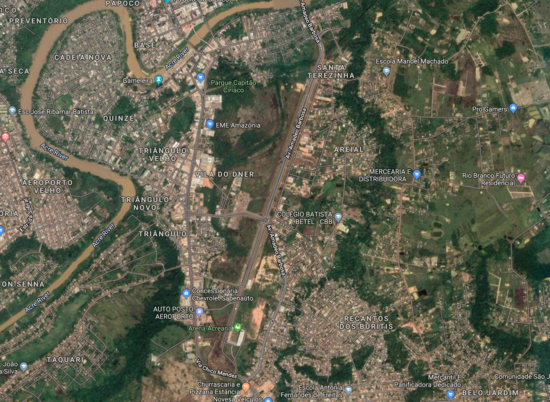 Old Austin Airport (link) is very hard to recognize. All the ones above were single-runway, but Mueller airport had two large runways at an angle. Single-runway ones stand out a lot more, but this is still visible as a section of the city that doesn't really fit: 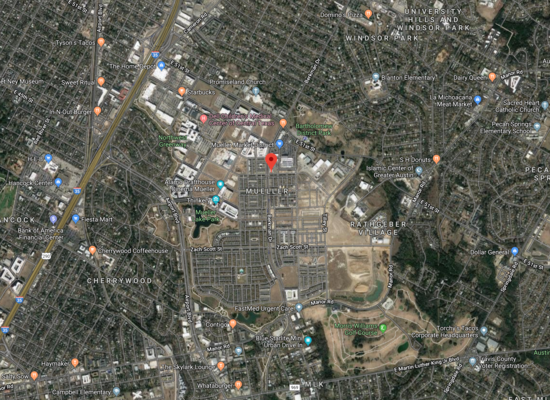 Old Lima Airport (link) closed sixty years ago and has been completely built over. But the runways survive as a pair of crossing roads: 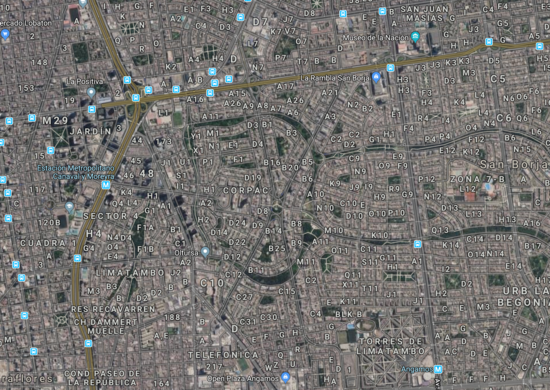 There's a list on Wikipedia but my favorites are ones where I've been looking at an aerial photo and thought "there has to have been an airport there!"

←
Farewell to the Entertainer Looking at Mixers
→