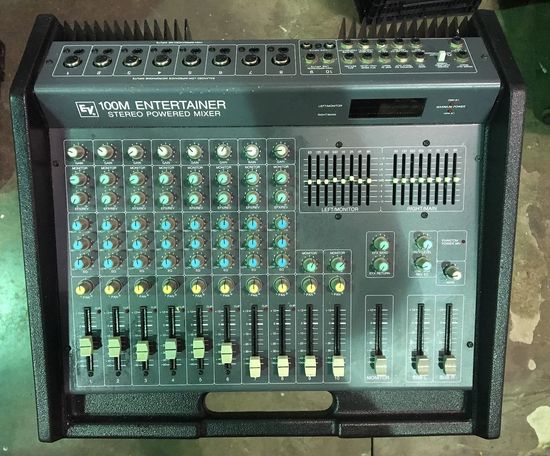 It's a 10-channel mixer, with 8 XLR inputs and two high-impedance 1/4" inputs. It has two powered output channels, one for mains and one for monitors. Three-band parametric EQ, eight-band graphic EQ on the mains and monitors, and phantom power. It came out in the late 1970s or early 1980s, and it's impressive how far ahead of its time it is.

Forty years later it seems to me like the last few dances that were using Entertainers are moving on. I wanted I wanted to know more about their history, so I called Walter Lenk. Walter has been working in audio professionally since the early 1970s, building custom audio equipment, designing systems, and running sound. He had a lot to tell me!

Before about 1980 there weren't good options for this sort of sound reinforcement gig. Most groups were running 6-channel mono mixer-amplifiers like the Shure Vocal Master: 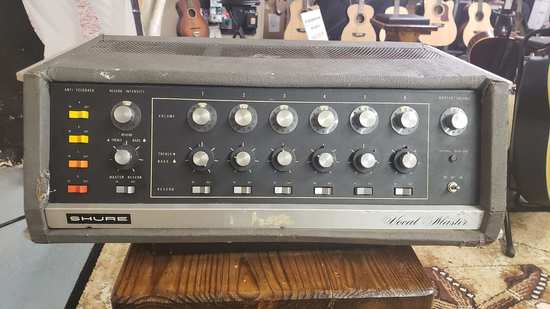 With only a single output channel, you can't run a separate monitor mix, and what is helpful to for the band to hear is often very different than what's helpful to the people in the hall.

The Entertainer came out in 1981, and was a huge improvement. It could run two output channels, mains and monitors, each piece was relatively light, and while it wasn't very powerful it had automatic limiters on the amplifier that would slightly turn down the gain as needed. 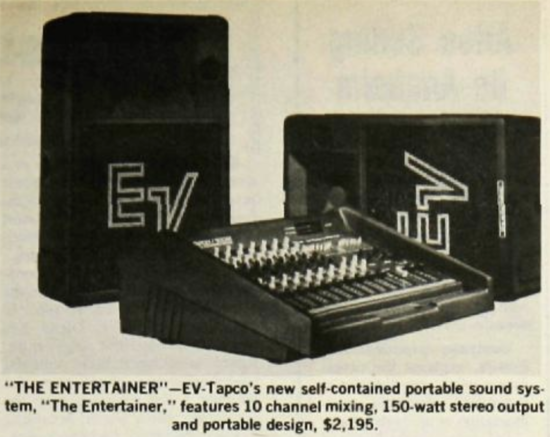