In 1945 the Boston Elevated Railway, which would become part of the MTA and later the MBTA, was thinking about possible expansions of the rapid transit system. All expansions were either to use existing steam railroad tracks or be parallel to those railroads in the same right of way. They created two maps showing possibilities (note that the colors used for the lines are not the ones we're used to now; those were chosen in 1965): 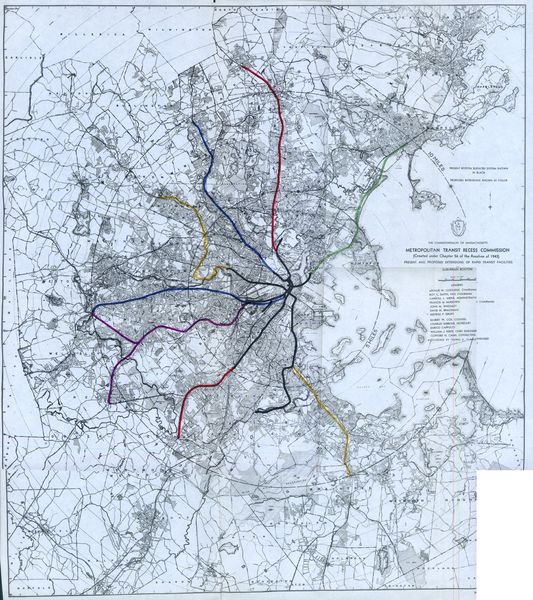 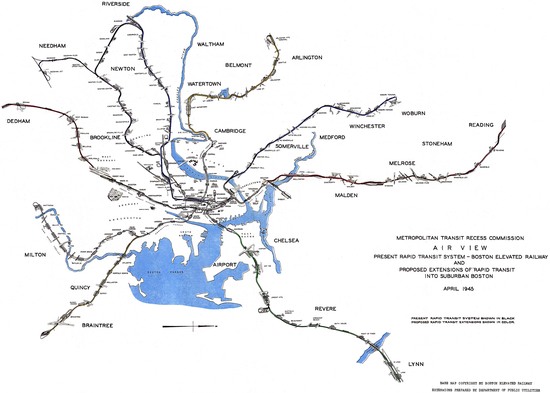 These show the following extensions, in order of construction, using the modern names: The MBTA's current plans for expansion are described in the December 2009 Program for Mass Transportation chapter 6. Their rapid transit expansion possibilities are (ignoring the silver line which is barely more than a bus): The extensions considered on the 1945 map that are no longer under consideration appear to be:
←
Radish Experiment: Germination Complete; Adding Saccharin What Discount Rate do we Apply to Giving?
→