We live on the second and third floors of a two-family house, and Lily and Anna are now five and three. They're old enough that going to the backyard on their own is reasonable, but the exterior doors are too hard for them to operate. We considered a bunch of ways of fixing this, such as a play structure that extended all the way to the second floor windows, but decided on cutting a kid-sized door out of our basement door. I ran this by the kids, and they were strongly in favor.

I marked an opening about 16x40 on the existing door and cut it with the circular saw. I need to put a new blade on my saw: it's been slowing down, and burning the wood a bit. I finished the corners with a jigsaw: 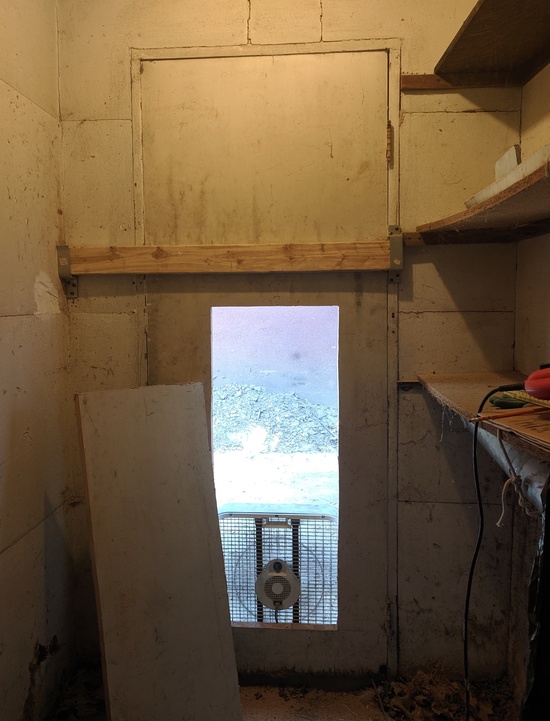 The door turned out to be solid wood, which was convenient. This meant I could use the cut-out section as the kid door and wouldn't need to case the opening. Since I had cut a section out of the main door, though, I did want to reinforce it. I mitred some 2x4s and framed the opening, both as reinforcement and to make a stop. Clamps are a useful substitute for extra hands when working alone: 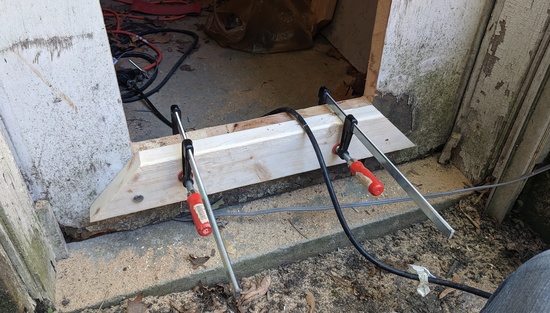 In retrospect I should have made this frame slightly smaller. It's 1/4" smaller than the door on each side, but because of the 1/8" saw kerf and slight innacuracies in making the cut there are some places where light/air can get through when closed.

By this point the kids wanted to help me, so Lily and I chiseled out the hinge mortises. Just using strap hinges would have been a lot easier, but I wasn't thinking about that when buying hinges. 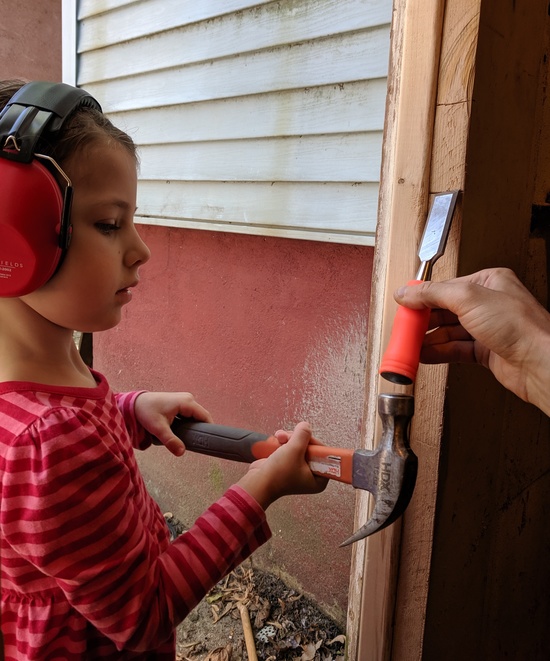 You can see the chisel is backwards, but I didn't actually get to removing any wood until Lily was done helping.

I hung the door, and started on the handle and deadbolt. 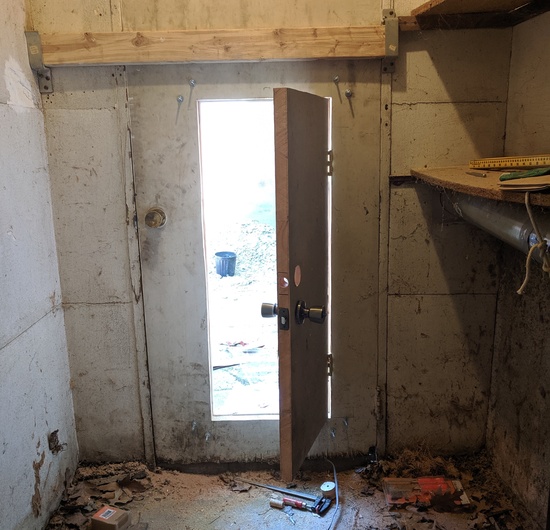 At this point this project was like finishing any other door. Hole saws with a jig, carefully lining things up, going back and fixing things when the latch isn't quite right. I had bought a simple knob and deadbolt set, which went on easily. I considered having it re-keyed to match the rest of the house, but decided it wasn't worth it. 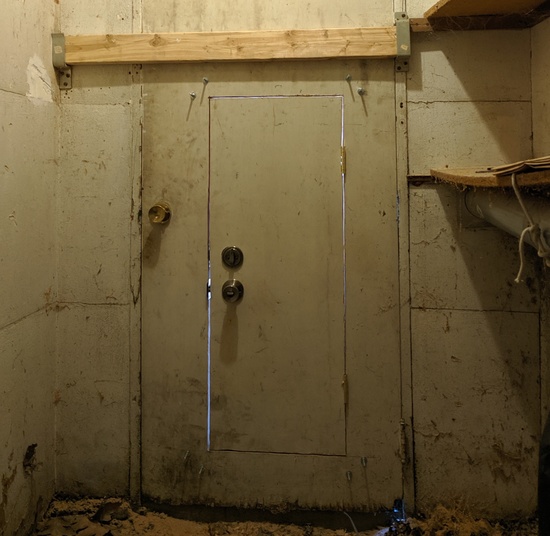 The last step was to trim the ends of the carriage bolts which I'd used to attach the frame. I used a metal cutting blade on my sawzall and then cleaned them up with a file so they're not sharp. 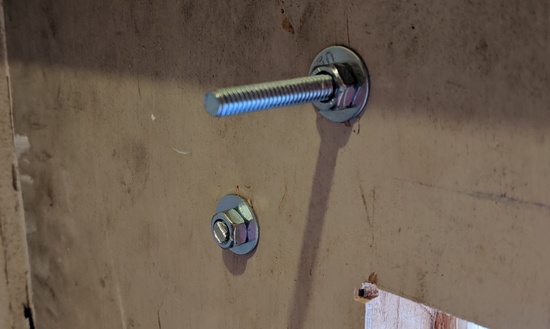 And here it is complete: 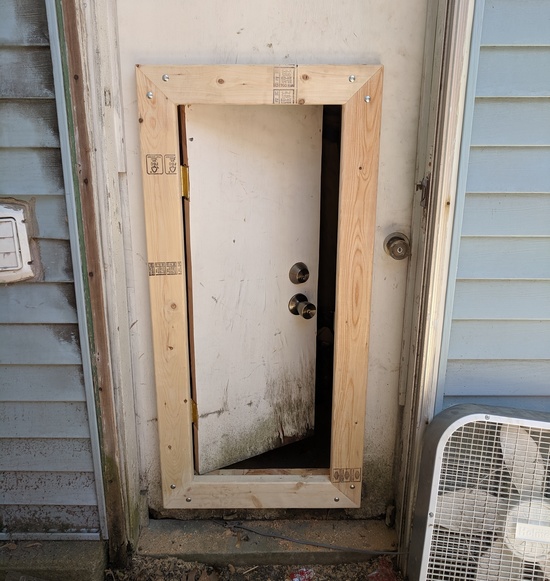 The bare wood is kind of silly looking, so we might let them paint it or something.

We still need to talk to them about how to use it, primarily about leaving it closed so bugs and animals come in, and we'll need to be checking that it's locked until they can consistently do that themselves. But they're really exicted about it already.