One common response [1] to the claim that we can bring down the cost of housing by building more of it is something like:

New York is has been putting up new housing at an insane rate, and it's one of the most expensive places in the country. If building that much can't solve the problem, this approach clearly doesn't work. 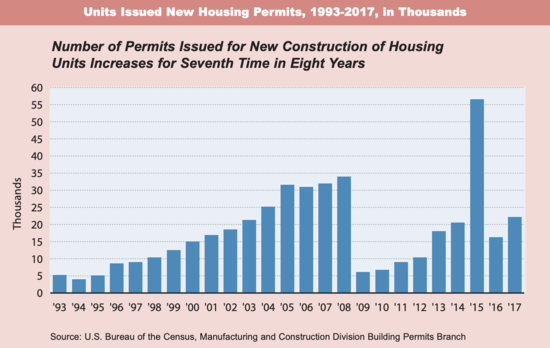 If it feels like current construction levels are a lot, they are high compared to after the 2008 crash and the ~1960 to ~1990 period with low housing demand. But 0.7% annual growth is much lower than the city needs to keep up with demand, and it's much lower than historical growth rates.

The problem is worse than you'd guess by comparing NYC's 0.7% to, say, Beijing's ~2.5% because decades of restricted construction have left us with much lower supply. For example, compare two hypothetical cities starting at 3M units in 2000 and adding more units at 0.7% vs 2% per year: 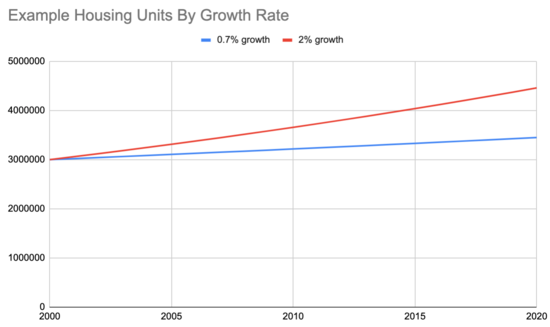 An approach of heavily restricting supply for decades, not just in NYC but in many high-demand cities, has caused the remaining housing to be bid up to levels far above the cost of construction. We should fix this and we can fix this: let people build housing!


[1] Prompted by my getting into arguments with two different random people giving this response within hours of each other.