Someone asked me how I make diagrams like the ones in my two loft bed posts, so here's how. Note, though, that these aren't perspective drawings: lines that are parallel in reality remain parallel on the page. This is a lot simpler to draw, and looks good enough.

I start with a rough pencil sketch: 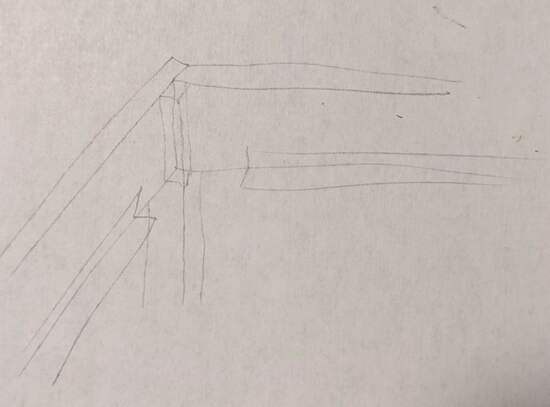 The goal is to make sure I know what all the lines are and about where things fit together. Sometimes I need to do a few rounds of these, but they're fast enough this isn't much a problem. Lines that are vertical in real life go up and down, lines that are horizontal and perpendicular to me go across the page, and lines that would be coming out of the page instead go down and to the left.

Once I'm happy I start over with a ruler and a pencil. At this stage you can make it a scale diagram if you want by picking a ratio between real-life distances and on-page distances, like 1' = 1/2". For lines coming out of the page you can keep the same ratio, or use a smaller one like 1' = 1/4". Most of the time I just eyeball this and it's good enough for what I'm doing. I draw any lines that make things easier to see how parts fit together, even ones that would be occluded behind solid things: 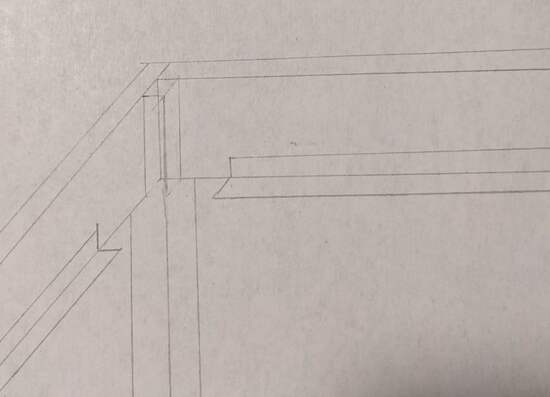 If any of it looks wrong I erase and re-draw.

Then I come back with a pen or marker and, again with the straight-edge, ink the lines: 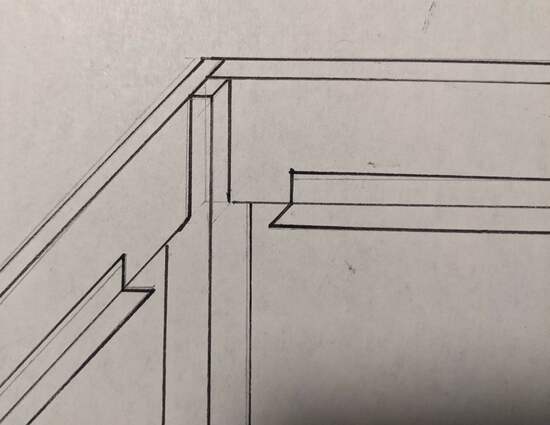 You'll notice I often inked lines in slightly different places than I'd penciled them in. When inking I am a lot more careful about getting angles correct: I pick a reference line for each axis and match everything I draw to that. I could do this at the pencil-ruler stage, but this feels a bit easier to me.

Lines that aren't parallel to any of the three axes are harder. I didn't have any in this diagram, but the basic idea is you figure out where the two ends go and then draw a straight line connecting them. If I had something with a ton of these, or with a lot of curves I would probably choose another method to represent them.

The last step is to come back and erase the pencil marks. A dedicated eraser generally works better than the ones on the ends of pencils, and you want one that hasn't gone hard with age: 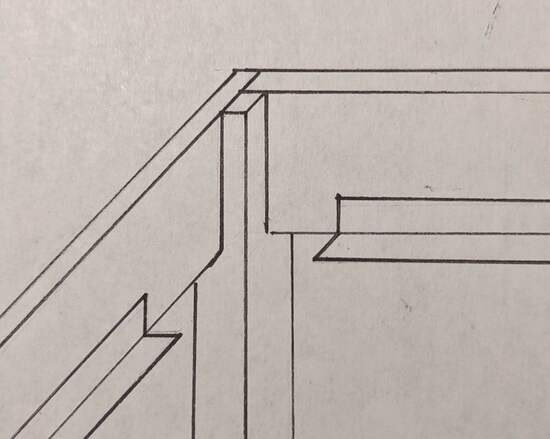 When I'm making things for my own use I usually only do the first step, or sometimes the first two. Not much reason to ink it unless I want it to look nice. The extra steps beyond the rough sketch took me about ten minutes for this diagram.

Some people might use 3d modeling software for this, but I haven't yet found it worth it to learn...

There are also times when I'm trying to show something much simpler, and a diagram like this is overkill. I'll usually draw something quick in the open-source vector drawing tool Inkscape. For example, the diagram for putting two kids in a bed was a quick Inkscape one: 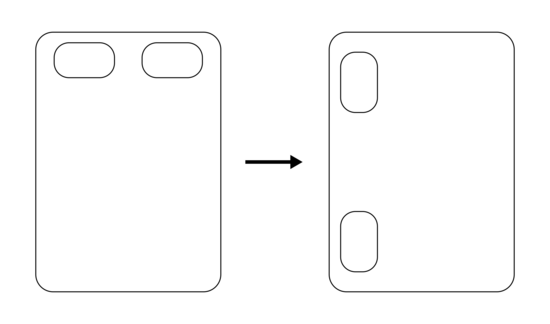