Consider a case where you have long escalators, with at least one spare. This example, Porter Square in Cambridge MA, has three escalators in parallel: 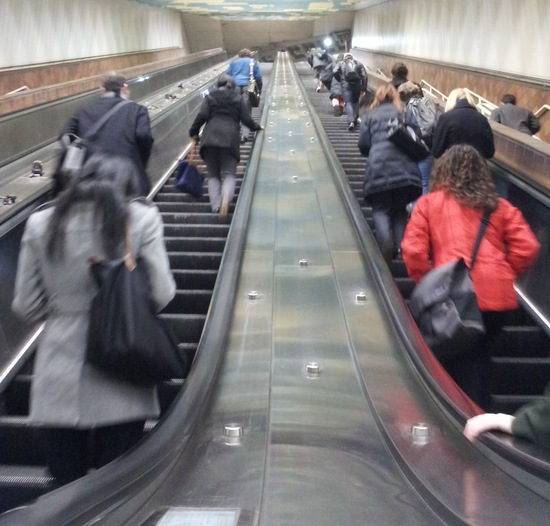 While in general we probably run escalators at a good speed-safety tradeoff, considering the variety of people riding them, when you have two you ought to be able to run one faster and one slower and do better. You'd need to put up clear signs so people could choose which one to take, and you'd need to make sure that traffic patterns weren't going to push people onto the fast escalator when it's not good for them.

Looking at escalator safety, it doesn't sound like people falling over when getting on or off is a problem. Instead people get hurt when their clothing gets caught, escalators catch fire, or people ride on the railings and fall off.

A bit of looking suggests ASME A17.1 specifies escalator speeds: