Several months ago I wrote about how my wrists/hands were still not doing well, and about how I was going to be trying Methotrexate. I have since gone off it, initially for a covid shot, but I'm now considering staying off it.

After meeting again with my rheumatologist on 2021-06-28 I started on 10mg/wk (four tablets) taken all at once, plus 1mg/d folic acid (one tablet). My first dose was 2021-06-30. This was just over two weeks after Nora was born and my third day back at work, so it's not a good example of "change only one thing at a time". Initially I noticed a small increase in mouth sores, but not anything else. It's possible that my wrists and hands were feeling somewhat better, but it's already very variable, with good and bad days.

In October I noticed that my food preferences had changed. It happened very slowly, over many weeks. I became less interested in strongly flavored savory foods (normally something I enjoy a lot), and would have more days when I forgot to eat lunch (usually only happens rarely, when I'm super interested in what I'm working on). It became much more common that I would notice that it was early afternoon, feel like one ought to should eat lunch, go down to the kitchen, and end up having a bowl of cereal. I often just wasn't hungry, though I would still eat out of feeling like that's what I should do, and I stayed in my normal weight range. If I did actually eat some savory food, I often enjoyed it once I was doing it, but before I started the smell and thought were pretty negative. I thought it was likely that this was related to the medication, but didn't know for sure.

We met again on 2021-10-29, and we decided that since I was immunocompromised I should get a third covid shot. This meant going off the medication, so my immune system would be able to react to the vaccination, and my last dose was Wednesday 2021-10-27. The plan was that when I started again, I would go up to 20mg/wk (8 tablets) still once a week but ~10hr apart (evening and following morning).

I didn't feel any change to my wrists/hands as I went off the medication, but on 2021-11-06 (10d) I noticed that I was hungry again. The next day, (11d) it was very clear that I wanted savory food again, and I cooked a really big house dinner. I can't quite tell whether my food preferences are back where they were before going on the medication, but they're pretty close.

I also noticed that may be my motivation was different, especially around cleaning. It's normally my job to tidy up the downstairs after the kids have gone to bed, and I had been massively falling down on that over the past few months. I could still do it, and occasionally got myself through it, but it required a lot of willpower. I'd been assuming that this was related to having a newborn, but the night of the 7th (11d) I thoroughly cleaned up and it was easy. I've continued tidying each night since and it keeps feeling easy. I think energy/motivation effects have also affected other aspects of my life, but nothing that is so clear from the outside. This was a pretty weird experience, and increases my guess for how much of this sort of thing differing between people is biological. 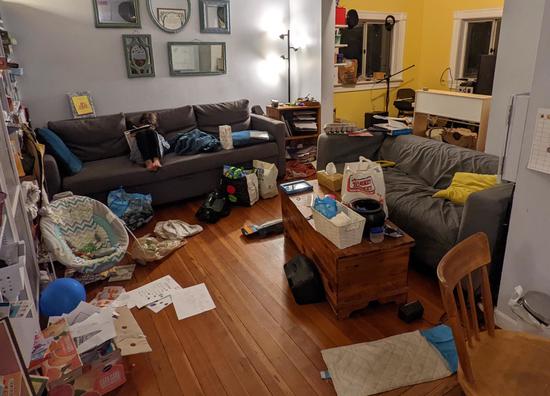 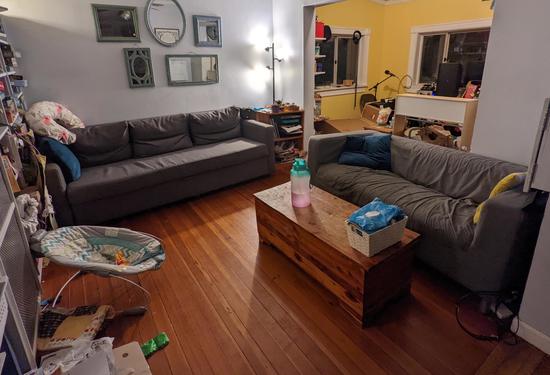 Today would've been my first dose after the covid booster, and I still haven't noticed any change to my wrists/hands. I'm not currently planning to go back on methotrexate; while I haven't talked to my rheumatologist yet unless the higher dose of methotrexate completely fixed my problems (and currently I think it probably doesn't help at all) I don't think it would be worth the side effects.

←
Giving Up On T-Mobile It's Ok to Dance Again
→