Yesterday we hosted an EA dinner, the first largeish (~22 people) gathering inside our house since before the pandemic. It went well, and it was really good to see people. I wanted to write a bit about what sort of precautions we took for covid. 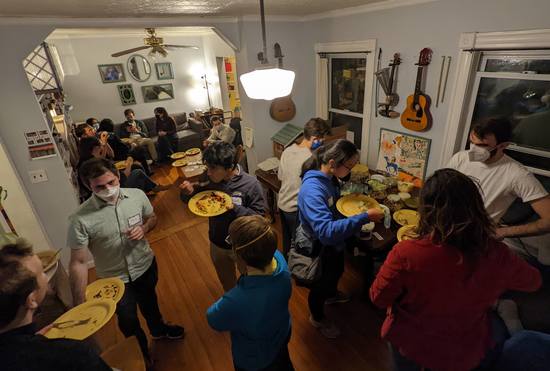