In MA, the only legal way [1] to travel by bike with a baby is with a trailer: they're still too floppy for a child bike seat and the law doesn't consider options involving the box of a cargo bike. Since they're so small, you can use a car seat to make sure they're properly supported and protected.

We have a Burley Bee (which I still like a lot) and today we went for a short ride with Nora: 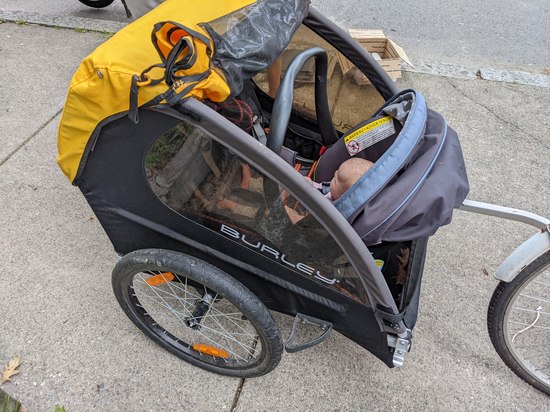 I used three cords, attaching to the trailer at six points: two points at the top back, two at the bottom back, and two at the bottom front. Here's a diagram, with the frame in solid blue and the cords in dashed red: 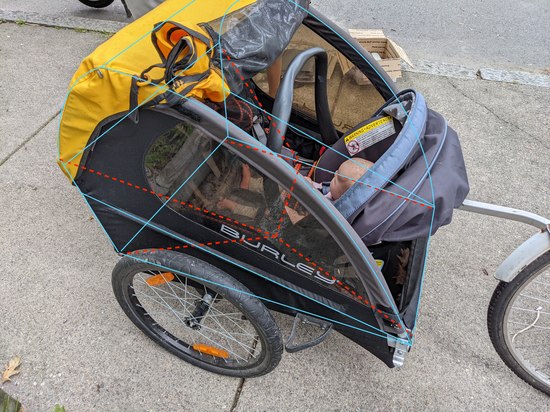 It was a bit annoying to get it all set, but once it was connected and tight the seat was very secure. I did this all before putting Nora in: there's plenty of room to slide the baby down under the cords and buckle them in as usual, which also meant that I didn't have to redo the attachment when it was time for the return trip.

I biked on the slow side (and I'm already not fast), so as not to jostle too much and give plenty of time to avoid anything dangerous. We didn't use a helmet: it's not recommended for kids this young, and you need to be protecting them well enough that their head would not hit anyway.