My smartphone is my best camera, but its microphone is not nearly as good. When recording video where I care about the audio (ex), I've normally recorded audio and video separately and then combined them. This works, but is a hassle. Can we record them together?

An Android phone (likely iPhone too, but I don't know those) can record audio from any standard ("class compliant") USB audio interface. This may bring up images of spending hundreds of dollars on professional audio equipment, but if you only need a single channel and don't need a preamp (or you already have mixing equipment) you can use a "USB soundcard":

This is a Sabrent USB-C adapter one I got for $7.30 shipped.

While it's supposed to be possible to use an external microphone with the built-in camera, I couldn't get it to work. Instead, I used Open Camera: 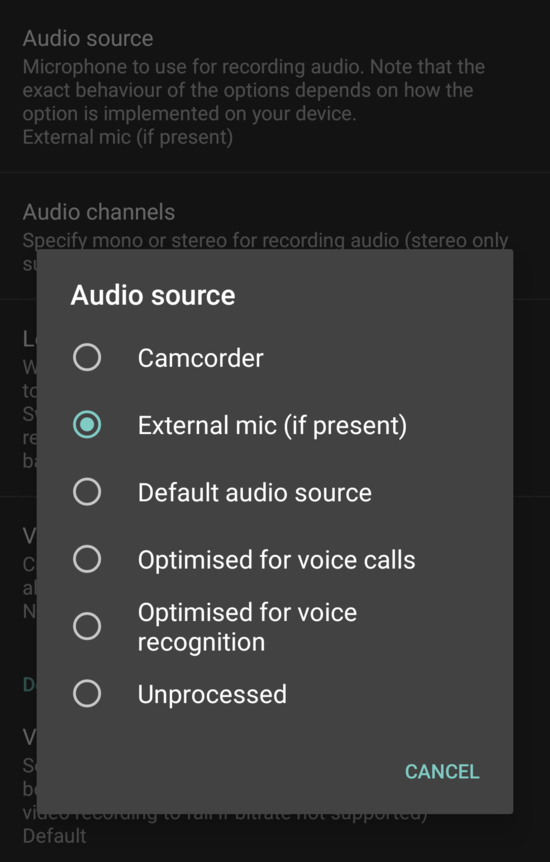 This is "Settings > Video settings > Audio source > External mic (if present)", and worked without issue. Here's an example:

I previously made a lot of recordings with the microphone on the camera just because it was so much more convenient than combining audio and video from two sources, but I think I'm done with that.