I recently started a new job, and I needed to figure out what I wanted to do in terms of hardware for work. The company doesn't have any sort of standard setup, so future reference, and in descending order of cost, here's what I decided to get: 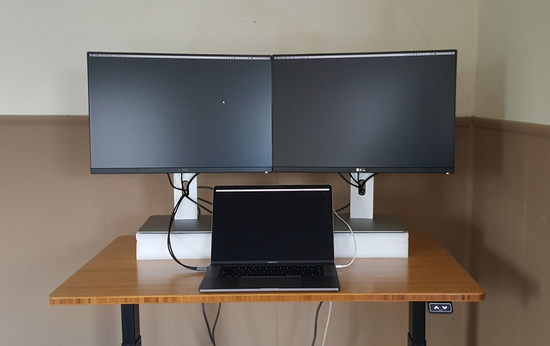 Update 2017-02-13: Instead of needing to pack up my charger every day to bring home with me, I decided to get a separate one to keep at work. The official USB-C charger is $79, so I was curious if there were cheaper options. This Anker option is $40, though it's 60W instead of 87W. I tried it (with this cable) and it worked well. It charges slower than the stock charger, but still puts out enough power that my battery fills while I'm using the computer.