One of the questions that came out of the UA-parsing discussion was whether pagespeed compresses WebPs too aggressively. In general PageSpeed tries to compress images to the lowest quality that will still look good enough, because then they'll use as little bandwidth as possible and load faster. By default its sense of "good enough quality" for JPEG is 85, and for WebP it's 80, [1] but are these equivalent? 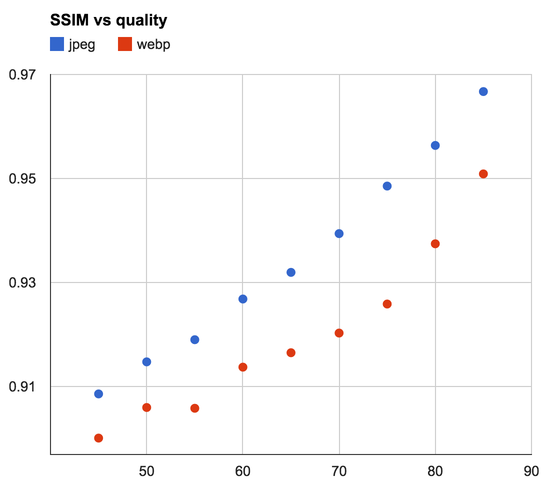 It looks like WebP at 80 is equivalent to JPEG at ~67, not JPEG at 85. Maybe there's something suspect with this SSIM implementation? Let's test with another tool, and be sure. This one is DSSIM, not SSIM, which means the units will be different and now lower numbers are better, but images with identical SSIM will also have identical DSSIM: 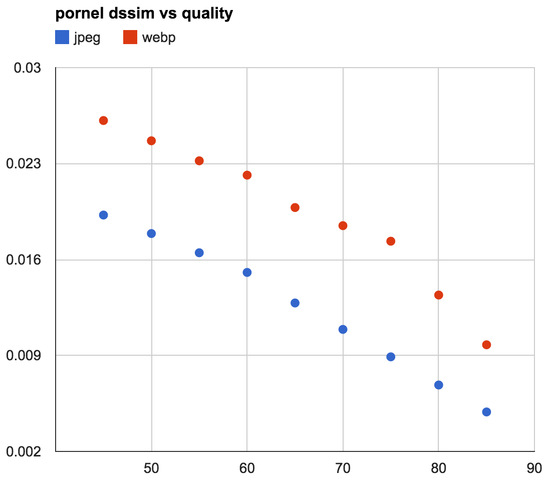 This is a very similar result, and these results suprise me. It sounds we do need to adjust our default quality settings. Luckily, it turns out webp now has a -jpeg_like flag:

This doesn't sound like exactly what we want; we want to match visual distortion instead of size, but let's try it: 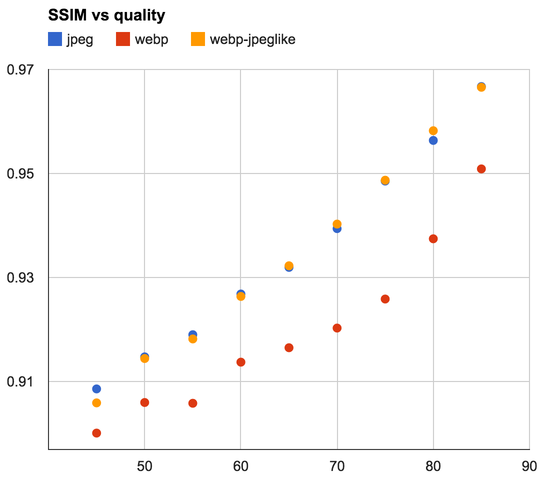 That works well enough that we sometimes can't see the JPEG dots because the WebP-jpeglike dots are immediately above them. Which is surprising: did the people calculating the compression curve use SSIM instead of file size to calibrate it?

[2] This isn't a great test set for something that's compressing all sorts of images found all around the web, but it was already on my machine. When I get back from Thanksgiving I'll probably re-run this with a more representative set.