I recently got into making proper flaky pastry, and while it's a bit of a hassle it's really very tasty. I think I started with this recipe, and I've been getting decent at it: 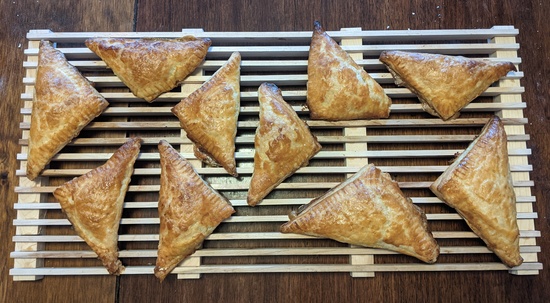 The kids really like the turnovers, and will ask for them much more often than I'm up for.

A few days ago Anna (5y) really wanted turnovers for breakfast. I told her I didn't want to do the work, but if she really wanted them she could cook them herself. She said she did. Instead of trying to walk her through a finicky butter recipe, worrying about keeping the butter solid and making sure she didn't overwork the flour, I decided to adapt a simple oil-based one:

I set out the ingredients already measured. At some point I'll probably show her how to do that part too.

You mix everything together with your hands, nice and squishy. It doesn't much matter how, the goal is to just get it homogenous. Nothing to be careful with.

Once it's combined, you shape it into a ball, and plop it down onto a baking sheet. Press it flat with your hands, then roll it: 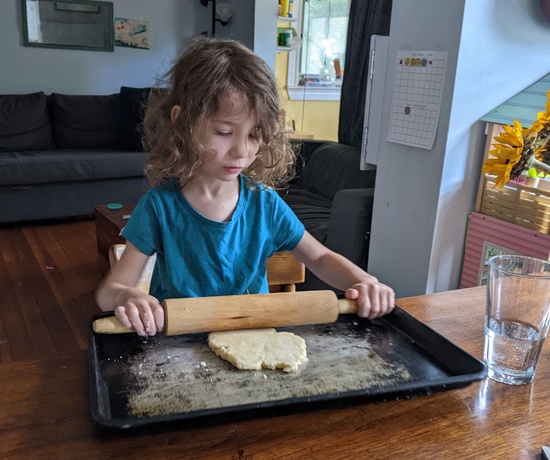 You put some chocolate chips in the middle, and fold it closed. Optionally, brush on some egg yolk. Anna likes to brush on excessive amounts, it's lots of fun: 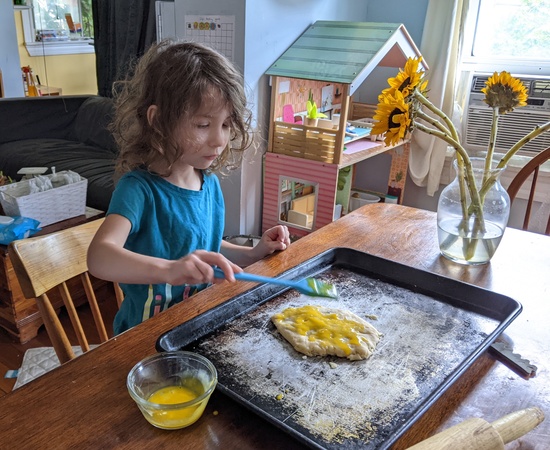 Bake at 400F until browned, about 12min. (I always set a timer to check on things for a few minutes before the recipe says, since you can always cook something a bit longer.) 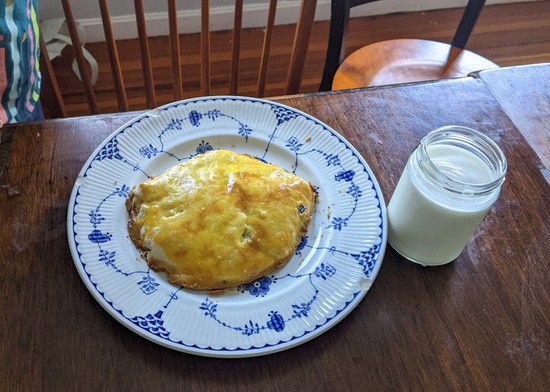 It is not a very high-quality pastry, but everything tastes better when you do it yourself, and that counts for a lot, especially when you're five. 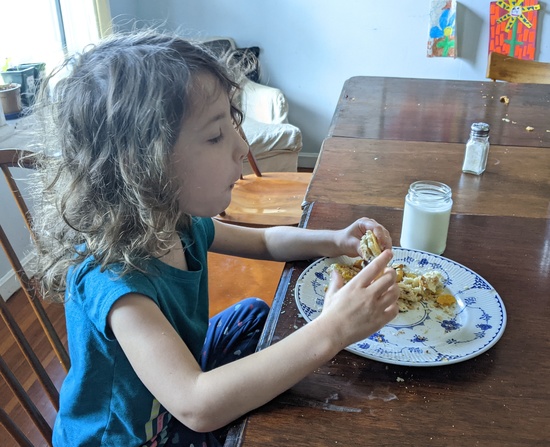 (For a vegan version, substitute soy milk. You can leave off the egg wash, or substitute Just Egg.)

←
Whistle Synth Pi To the Robobassinet and Progress
→