I saw this poster in a middle school this weekend: [1] 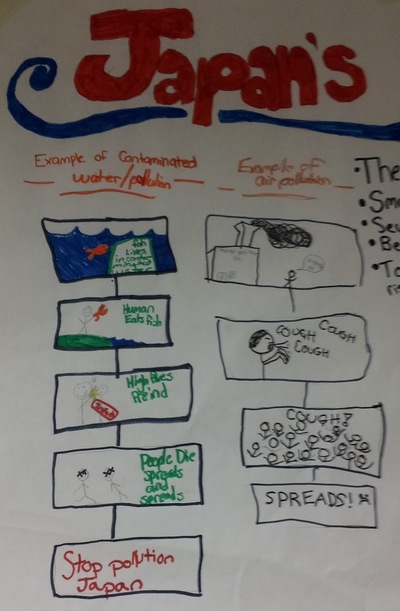 Apparently they're doing a unit on Japan [2] including some on pollution and public heath, but some kids are a little confused.