Last year for Christmas gatherings at my dad's house I put together wall-mounted filter cubes, to get them up and out of the way. This time around this seemed like too much hassle, so I put one together on top of the piano, one in a bookcase, and used one commercial purifier: 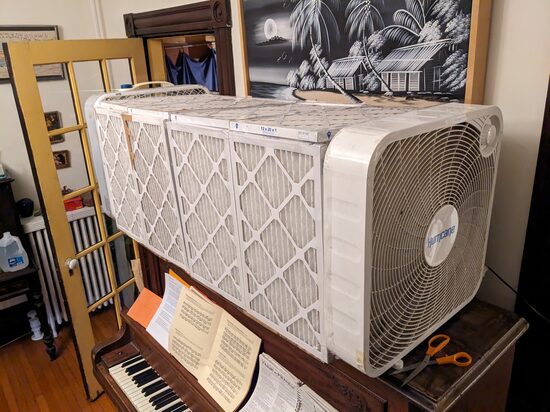 It's double-ended because I had an extra fan. You do need to remember to turn on both fans. Probably would be slightly more effective if I'd put a partition in the middle to make it actually be two independent cubes. I used the 12x20 filters from my ceiling fan air purifier project.

The kitchen has a commercial purifier, which has a similar capacity to the filter cubes while taking less space. If I wanted to run these all the time I might buy several commercial purifiers, but since these are just for occasional use that seems less worth it. 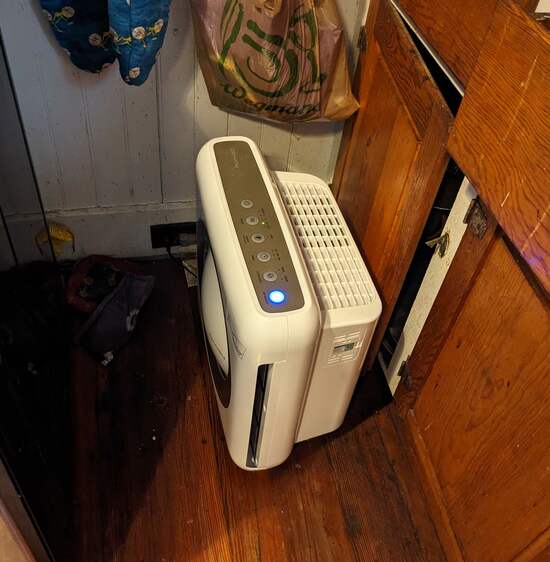 For the living room, Julia had the clever idea of using a part of the built-in shelving that was exactly the right size: 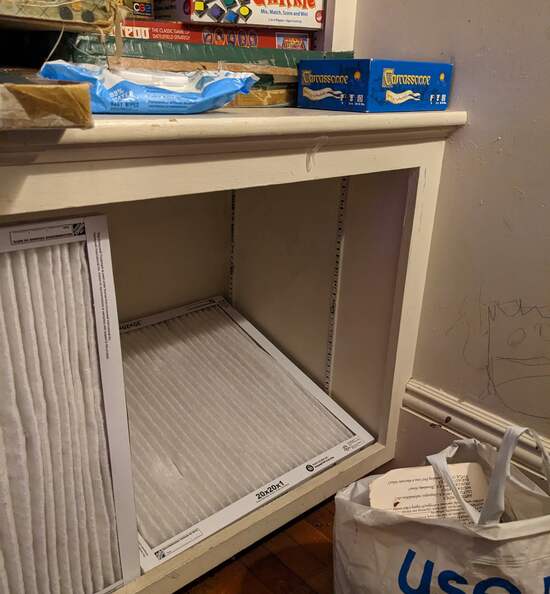 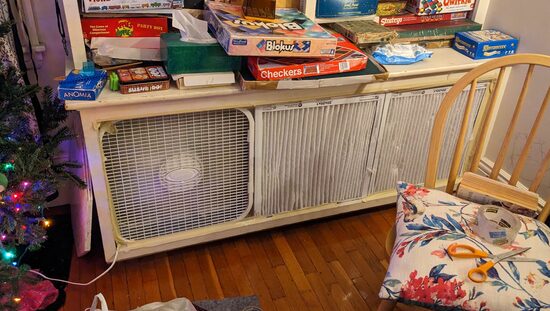 This is only two filters worth, but I still feel a lot of airflow from the fans. It's a good location for not being in the way, though we did need to talk to the kids about leaving it alone since it would be easily damaged if bumped.

I should make some shrouds for the fans.