I picked up the trumpet a few years ago and while I've been making slow and steady progress expanding my range and stamina, it's still a very hard instrument for me physically. About a year later I tried my cousin's old 3/4-size baritone horn, and was blown away by how much easier it was to play. That, combined with really liking how various people used the trombone in contra dance, got me wanting something in this range. A standard baritone has the bell pointed up, however, which didn't seem like a good fit for unamplified outdoor playing, or unamplified playing in general. When I saw a picture of a marching baritone, a bell-forward design, however, I thought "let's get that!". So, one King 1124 later: 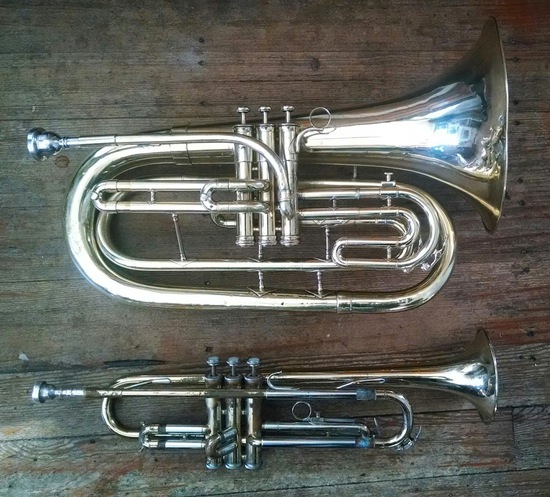 Very little research went into this. I was excitied about the idea, I'd played a little on something somewhat similar, and I found one one ebay. It arrived in mid April and a month later it was on the new Free Raisins CD. I'm pretty happy with how it's been working out, but I hear people talking about euphoniums, bass trumpets, flugabones, and I wonder: what are all these? 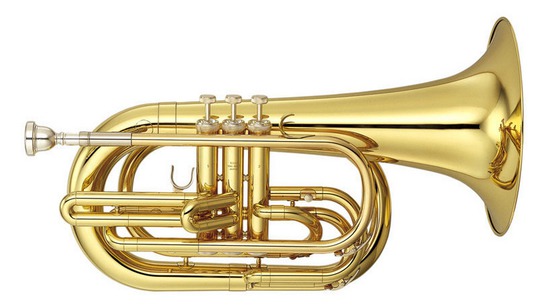 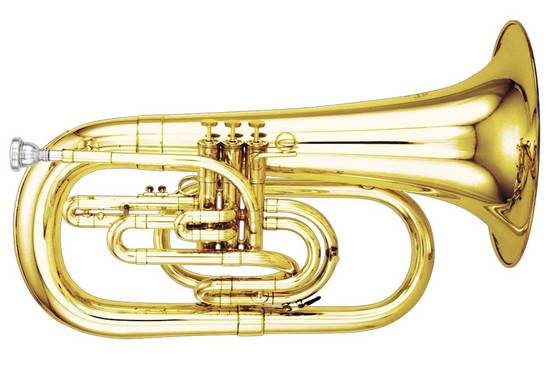 (Not pictured: flugabone, bass cornet, marching trombone, marching french horn, mellophone, trombonium. To some people some of those are synonyms.)

These are all variations on the same idea. You have a bell-forward Bb horn with a bit over 8 feet of tubing, plus valves that can extend this by a whole step, half step, and a step in a half. Basically a trumpet an octave down. So why have all so many? Tone. By changing the width of the bore and the degree to which the bore is conical you can get very different timbres. For the most part, in the order pictured, they range from narrow mostly-cylindrical bore through wider mostly-conical bore ones. The narrowest bore models of the bass trumpet are about 0.460" while the widest bore models of the marching euphonium are about 0.590". Wider conical bore instruments are generally richer and darker while narrower cylindrical ones are brighter and more brassy. 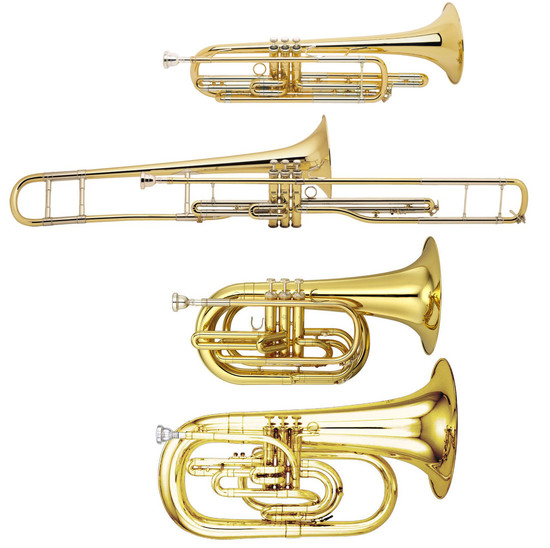 This is big downside to the marching euphonium: it's enormous, making it kind of hard to hold out in front of you like that. The baritone is better, but I'm kind of curious whether I'd like the sound of a bass trumpet: it's the most compact of the bunch, and my baritone in its case is awkwardly large. [1]


[1] Large enough that with careful packing I can also fit my trumpet and my foot percussion equipment in the same case. Plus valve oil, slide grease, and microphone.