A friend recently wrote in a local group that "the disastrous Inner Belt 'redevelopment' removed thousands of homes", and if you look at the Inner Belt area today it does look like it could have been a victim of urban renewal: 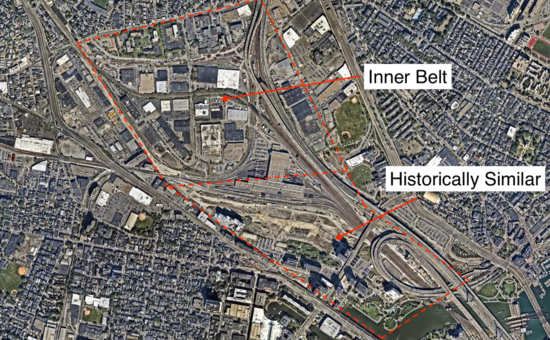 While highways (93, the Central Artery, McGrath) and urban renewal (West End) destroyed many nearby residential areas, and Inner Belt is named after a cancelled highway project, that's not the history of this particular area.

Colonial Boston was surrounded by tidal mudflats and wetlands, with far less dry land than we have today: 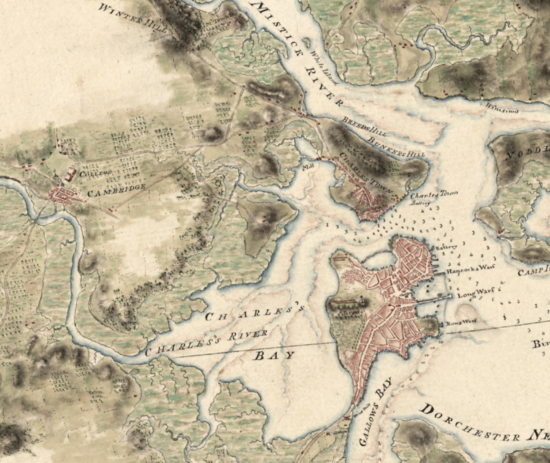 The area we now call Inner Belt was part of the estuary that separated Charlestown from Cambridge and Boston. You can see the first step toward filling it in with the 1833 Hales Map showing the Boston and Lowell Railroad crossing the Charles, just east of Craigie Bridge: 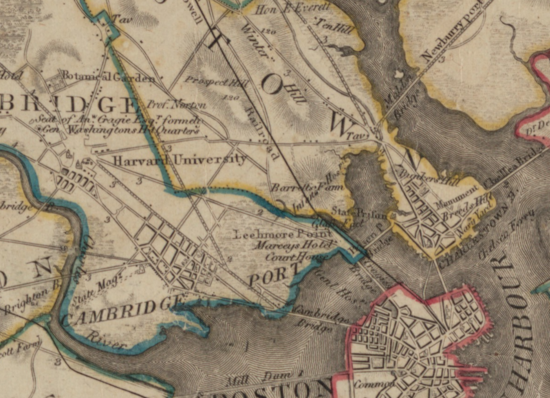 Over the next few decades more railroads cut through: 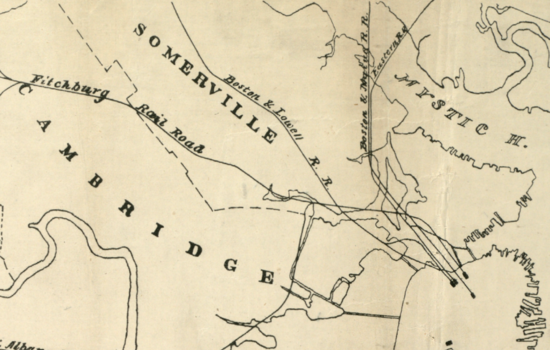 By 1897 the areas between the tracks had been thoroughly filled in to build out a railyard for the Boston and Maine Railroad, which had grown to include the Boston and Lowell: 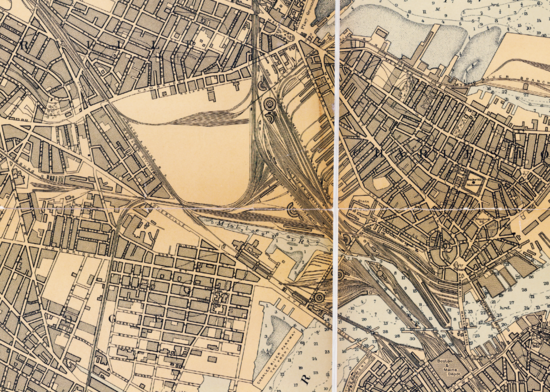 (This is around when McLean, then called the 'Asylum for the Insane', moved from the northernmost part of this area out to Belmont.)

In 1938 we get the first good aerial photos of metro Boston, and you can see that Inner Belt, and the area just South, are full of tracks: 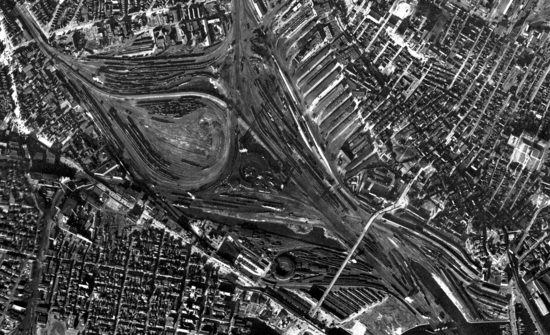 1955 is similar, if a bit higher resolution: 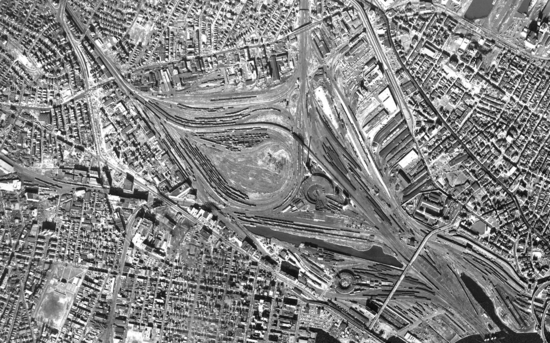 By 1969, large parts of the northern part of the yard, today's Inner Belt, have been replaced with trucking-focused distribution centers: 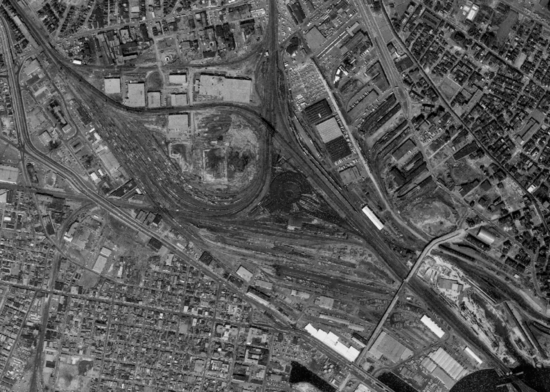 This is essentially what's there today. This was never a residential area, and the idea that thousands of homes were destroyed to make way for these buildings is a myth.