With contra dances starting back up I'm thinking about ventilation again, both for reducing covid risk and generally making the hall more comfortable (lower temperature, lower humidity). I've seen a lot of ventilation arrangements over the years that don't make sense, and while none of what follows is especially clever or original I think it will help with avoiding bad setups.

Let's consider a basic room with four windows we can open: 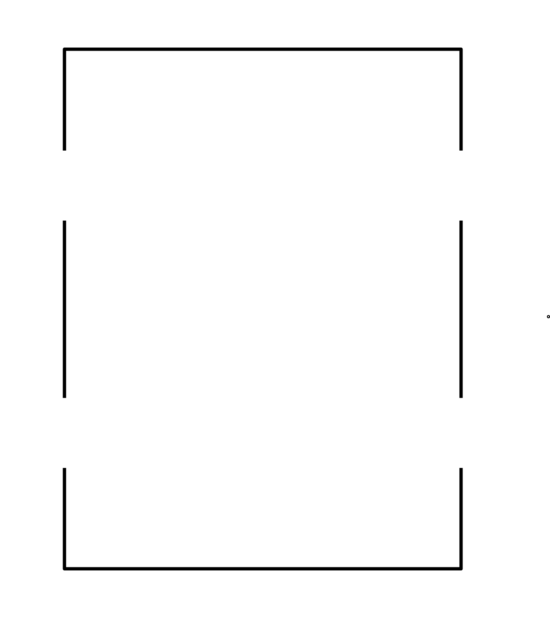 Opening the windows is good, because we'll get some natural ventilation, but if we put fans in the windows we can move a lot more air. A standard box fan works well: 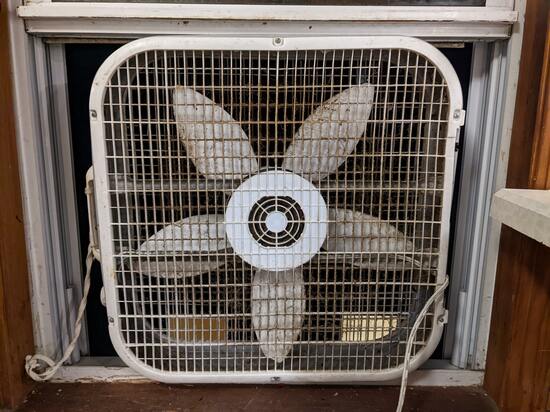 The weight of the upper window is sufficient to hold the fan in place if there is no risk from it falling on anyone (inside or out) but if there is you'll want to figure out some way of attaching it.

It's typically worth it to get enough fans that you can put one in every window. If you do that, though, how should they be pointed?

I've been to dances that pointed all the fans in: 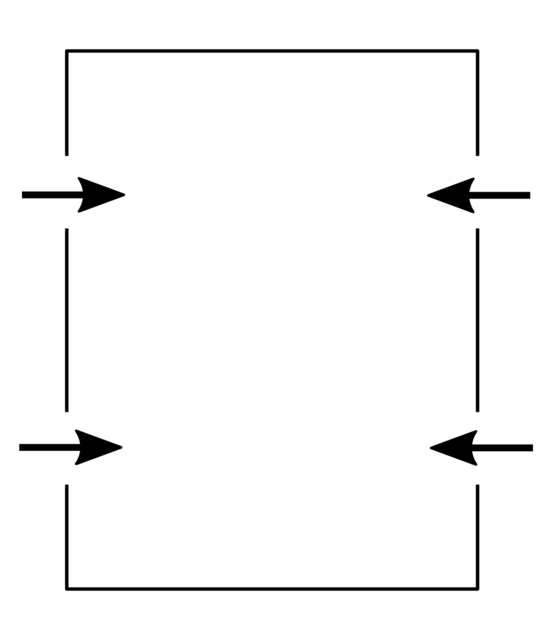 If you stand in front of a fan you can feel air blowing on you, which is nice, but this is not a good arrangement for the hall overall. Your goal is to rotate air through the hall, replacing the air in the hall with fresh outside air, and in this arrangement it's hard for the air to get out. The building is likely a bit leaky, and some air can get out around the fans, so you're not going to really pressurize the building, but air won't be able to leave very quickly and the fans will be working hard doing little.

An improvement to this, but still not ideal, is to have some fans blowing in and some blowing out, but without thinking about the overall pattern: 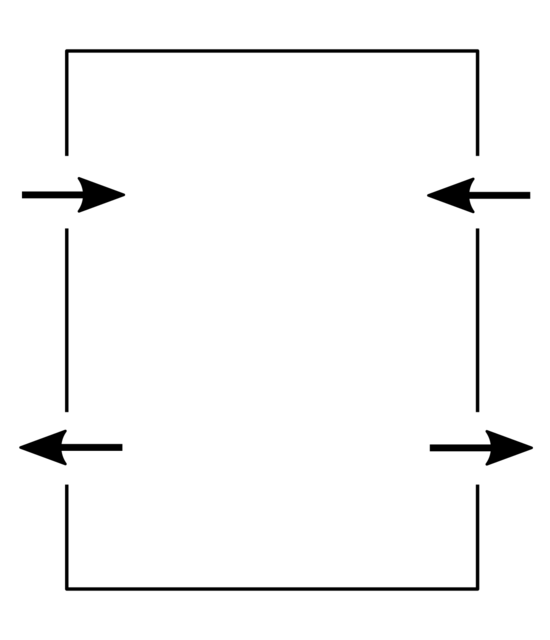 Now are flows in and out are balanced, but this arrangement doesn't sweep the volume of the hall very well. Much better is to make the air flow across the hall: 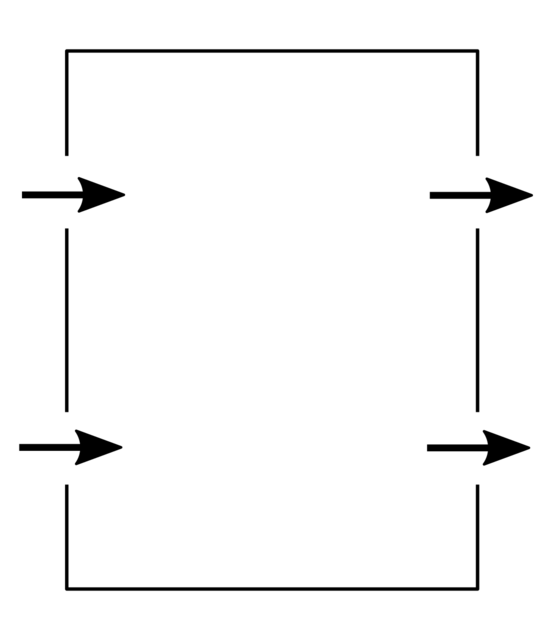 We want the air to take the longest possible path, from in to out, with as little changing of direction or interference with other flows as possible.

What if we only have two fans? In that case, I would put them on the same wall. Air enters on one side, with a clear path over to the other side where it exits. I don't think it matters very much whether you set these fans blowing in vs out; it should be symmetric? 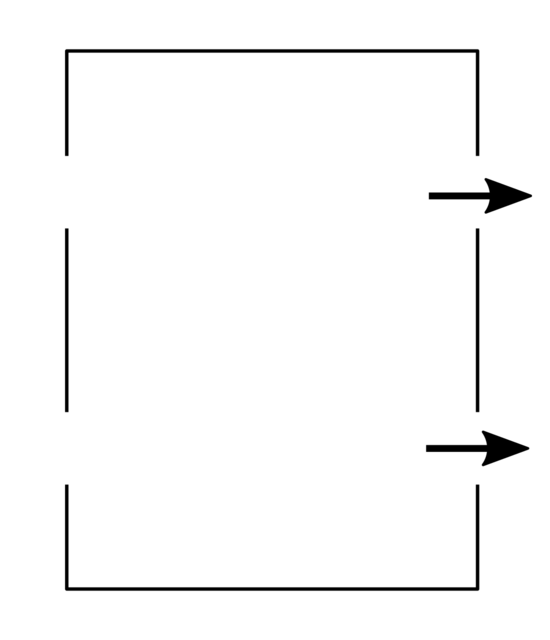 If you only have one fan, I'd recommend getting at least another one, but I'd close a window and set things up like: 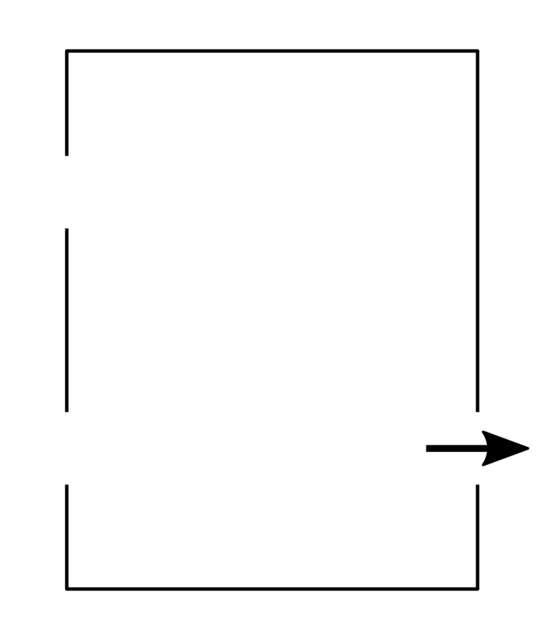 Note that this has one of the four windows closed: with it open air has an easy path where it stays on one side of the hall, and I think it's pretty likely you get less ventilation that way.

Now let's take a harder hall. This one has four windows all on one side: 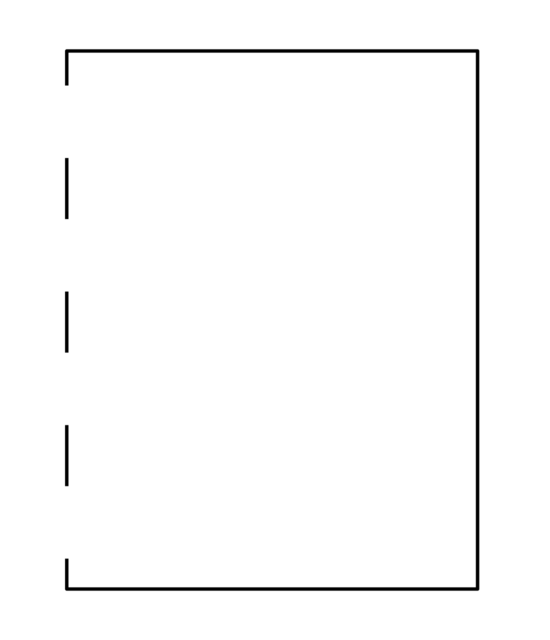 This one is never going to ventilate as well as the first, but I think your best pattern is probably: 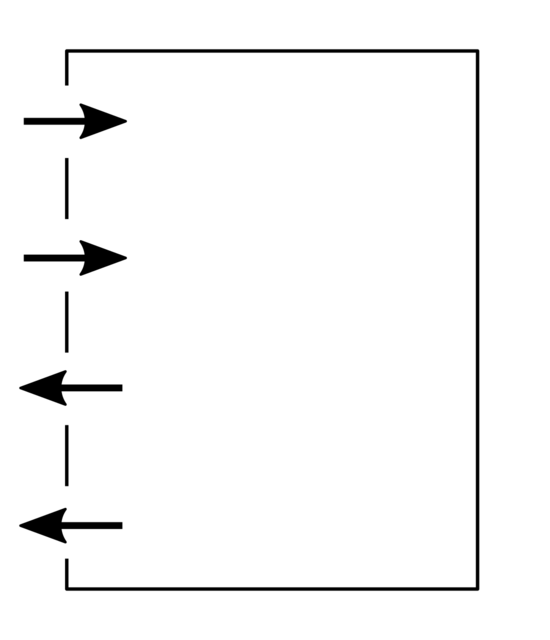 Additional fans inside the hall to mix the air around helps in any case, but especially helps when you have an awkward window pattern like this.