In the middle of downtown Boston there's a million square feet no one's using: Fort Point Channel. As Boston has wharfed out, claiming land from the sea, we've left this channel behind. There's probably a historical reason for this, but does it still apply? It's right next to south station, but it's bordered by parking lots and a post-office sorting facility so it's not like people would miss the view. Take parcel A on the map, the land south of Summer st, that's 21 acres. Build twenty stories of offices, housing, whatever. You probably get 10M usable square feet, which in this part of Boston would be about $5B. If it costs $2B for building it all the city gets $3B in addition to the benefits of just having more space. 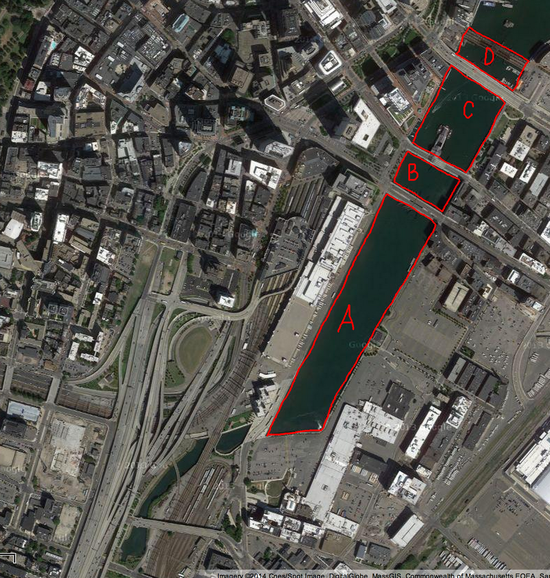 If you want you could also fill in B, C, and D at 3.5, 8.4, and 3.3 acres for another 15 acres. These are currently used, albeit lightly, and they border buildings that are more likely to miss the channel, but they might be possible too.

←
Lying for the Cause Bike Commuting Practicalities
→