There was a discussion at lunch yesterday: what's faster to boil water, an (American) electric kettle or a pot on the stove? The kettle is more efficient but plugs into a 120V 15A receptacle on a shared circuit, while the stove has to transfer heat to a pot but gets exclusive use of a 240V 50A circuit (though not all of that goes into a single burner). I thought the stove, a coworker thought the kettle. Let's find out! 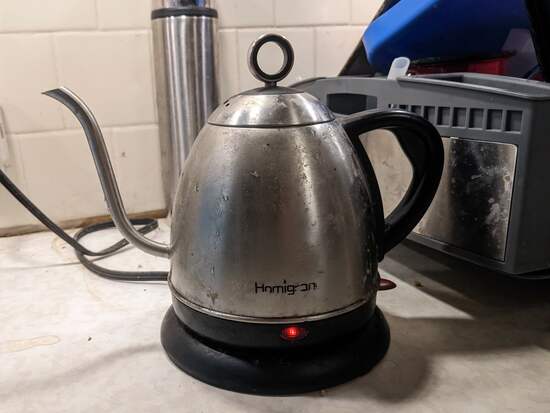 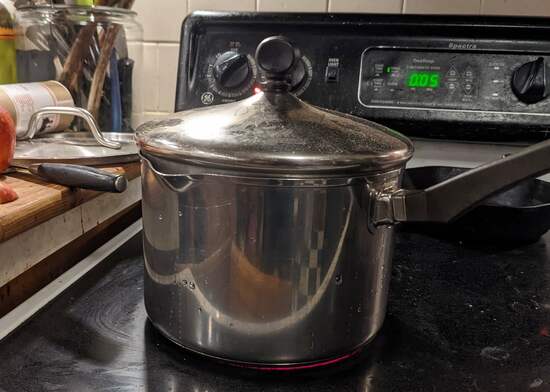 A Faberware stainless steel pot on a GE Spectra glass-top resistive electric stove (JBP66BBWH). The 6" burner I used is rated as drawing 1500W.

I filled them both with a quart (about a liter) of water, which was near the capacity of the kettle, and verified that both were starting at the same temperature (62F): 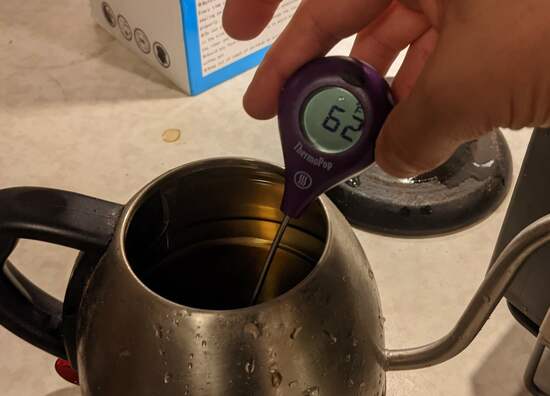 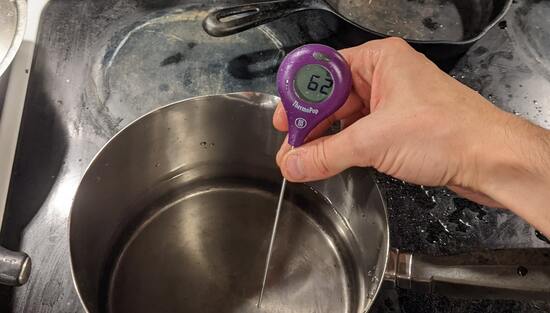 The thermometer is wet in the second picture because I accidentally dropped it into the pot, but it's rated IP66 and didn't mind.

One exception, which I was already doing, is that when I'm making pasta in a hurry, typically for the kids, I'll put half the water in each and then pour the kettle into the pot when it boils. (If I had been dividing the water exactly I'd have already known the answer to this question!) The main gains here are from parallelism, however, not efficiency.

This does make me wonder whether Americans (or British expats) ever put dedicated 240V outlets in their kitchens so they can use ~2-3x more powerful European kettles?