A standard bagpipe has a single bag feeding multiple pipes. The player keeps the bag inflated with their mouth, and maintains the bag at a constant pressure with their left arm. The chanter and drones all respond differently to varying amounts of pressure, so that constant pressure is really important.

But what if we added a second bag, under the player's other arm, which powered the drones? Now the player can intentionally modulate the pressure on the drone bag to make the drones vary rhythmically: 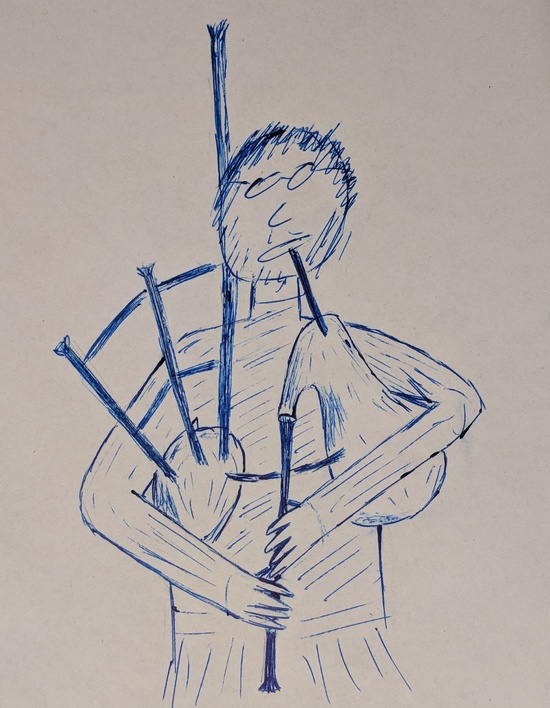 Alternatively, instead of chaining the bags you could pipe the player's air into both of them directly, allowing them to vary the pressure on the chanter as well. My impression is that this is less useful, because when pipers play with just their chanter I've always seen them keep a steady pressure instead of using variation in pressure to add expression. Or maybe bagpipe culture is just anti-expression, and the instrument is actually quite capable? Or am I paying too much attention to British Isles piping and other traditions do involve varying bag pressure for rhythmic accentuation?

←
Diatonic modes as progressive flattening Brendin Lange is a Scammer
→