When I looked into how Boston apartment listings have changed year-over-year in June I saw that rents had been falling, and wrote:

I think we're probably not done, though. Many landlords are small, and slow to react to changing market conditions. We're playing reverse musical chairs, where many landlords are going to be stuck without a tenant come September first. The ones who have realized this are offering lower rents, trying to keep their tenants, and as we get closer to September I expect more will catch on.

This does seem to be happening, though perhaps less dramatically than I had predicted: 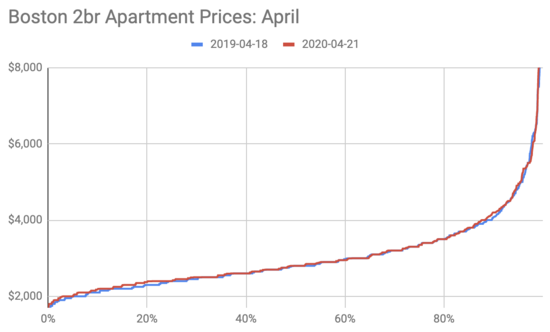 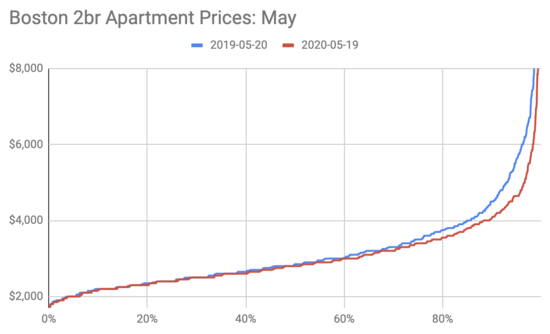 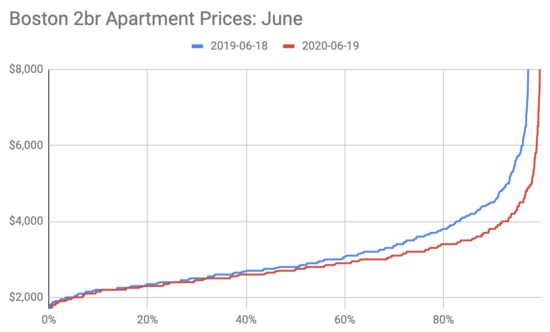 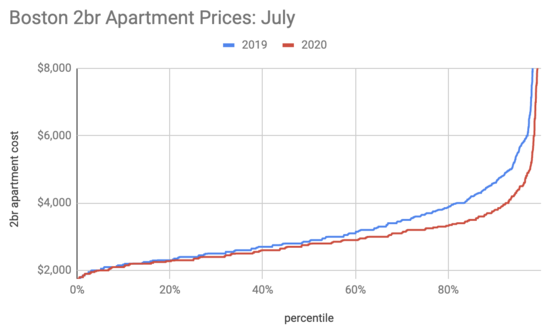 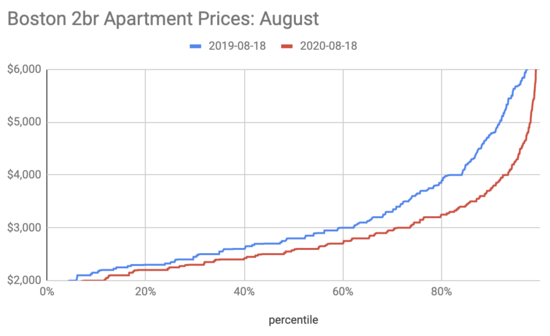 While 2br apartments are the most common size in the Boston area, different unit sizes have been affected differently: 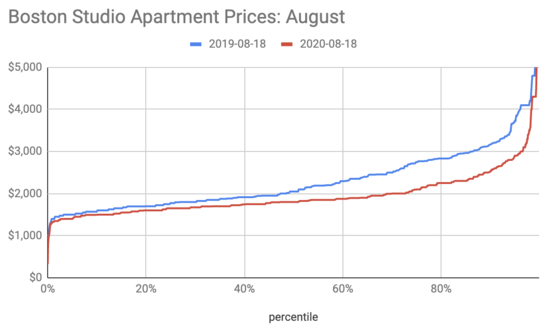 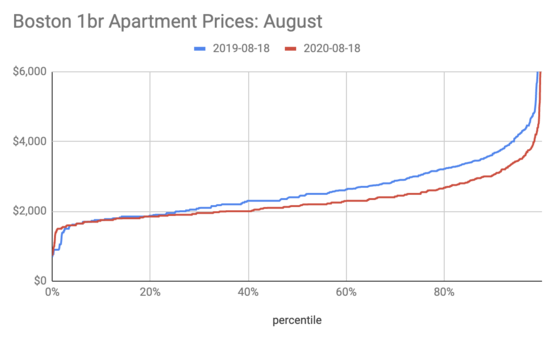 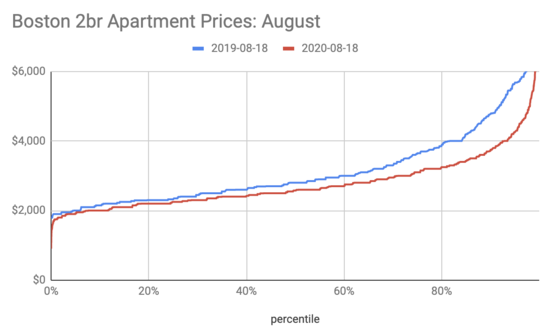 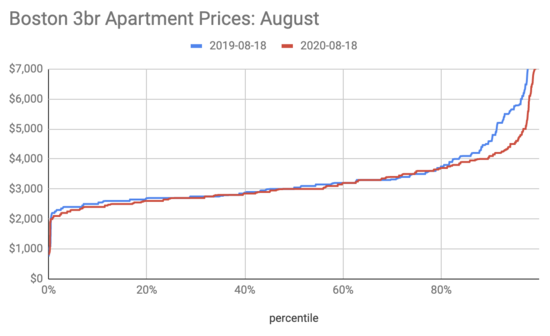 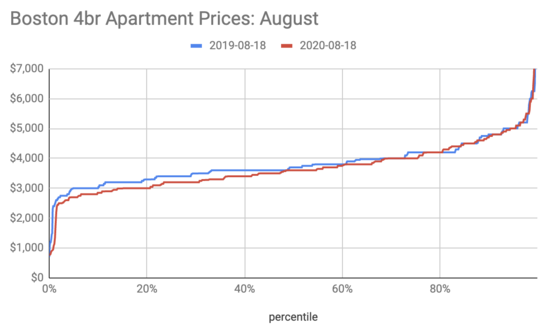 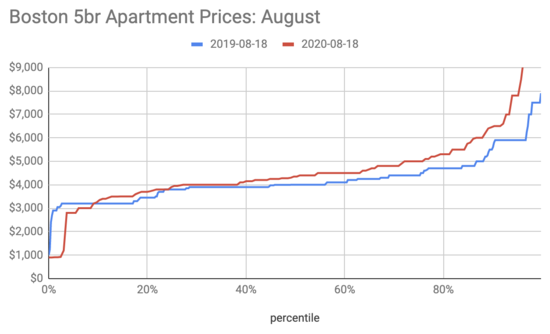 Another thing to keep in mind is that these are listings, which means they're what landlords are asking and not necessarily what they're getting. And it looks like landlords are still adjusting to the musical chairs nature of the current situation: 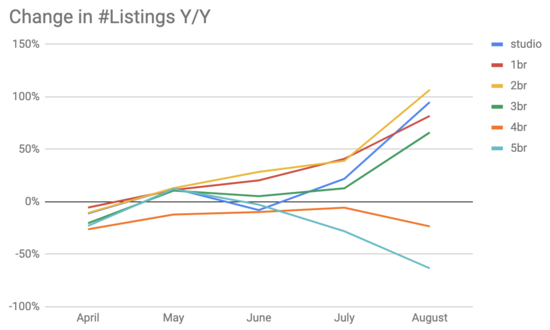 This is the number of units listed each month relative to the same time last year. You can see that the market is tighter than last year for larger units. For 2br and smaller units, however, there are many more still on the market than last year and there the delta is growing. This matches what we saw above with prices.

I'm happy to see the area become more affordable, but I wish this weren't the reason why.

←
Exposure or Contacts? The US Already Has A Wealth Tax
→