A friend who runs a startup was complaining to me about others ripping off their ideas and designs. After figuring out just the right thing to say on a signup box, he would notice the same wording appear on competing sites. How much copying is ok?

At an extreme it's clearly not ok: don't use another site's html as a starting point. But if you notice a competitor is putting 'Sign Up' instead of 'Submit Info' on a form submit button, is it ok to copy that? [1]

In some fields we accept pretty much complete copying. The Apple IIe and IBM PC were clean-roomed by competitors. GNU and Linux are basically copies of Unix: the code that runs when you run a command, for example /bin/true, is different between AT&T Unix, BusyBox, and GNU, but the goal in creating them was to have the same effect. After Firefox added tabbed browsing and popup blocking Internet Explorer did too. (And I wish Chrome would copy side tabs.) Not only were these copies legal, but they were generally seen as a good thing.

Other times copying is illegal or at least looked down on. When a tea company didn't want to pay to use a cover image they recreated the picture:

A British court ruled that they had violated the copyright of the original artist because:

I have not found this to be an easy question but I have decided that the defendants' work does reproduce a substantial part of the claimant's artistic work. In the end the issue turns on a qualitative assessment of the reproduced elements. The elements which have been reproduced are a substantial part of the claimant's work because, despite the absence of some important compositional elements, they still include the key combination of what I have called the visual contrast features with the basic composition of the scene itself. It is that combination which makes Mr Fielder's image visually interesting. It is not just another photograph of cliched London icons.
...
I sympathise with Mr Houghton in his wish to use an image of London landmarks. He is free to do so. There are entirely independent images of the same landmarks available to be used which predate publication of Mr Fielder's picture. But the defendants do not want to use those, no doubt for their own good reasons. Perhaps they did not look as attractive as the claimant's image? The defendants went to rather elaborate lengths to produce their image when it seems to me that it did not need to be so complicated. Mr Houghton could have simply instructed an independent photographer to go to Westminster and take a picture which includes at least a London bus, Big Ben and the Houses of Parliament. Whatever image was produced could then have been used on the tins of tea. Such an image would not infringe. It may or may not have the same appealing qualities as the claimant's image. Even if it did they would be the result of independent skill and labour employed by the independent photographer. Again however that is not what happened.

The American tech reaction, at least, was widely negative, though a lot of people hadn't read the judgement and were interpreting the ruling as being broader and less thoughtful than it actually was.

Zynga [2], on the other hand, is probably on the right side of the law, but is widely regarded as a copycat. The way they work is to find other Facebook games and copy the mechanics and gameplay, but with their own art and text. 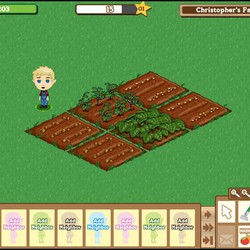 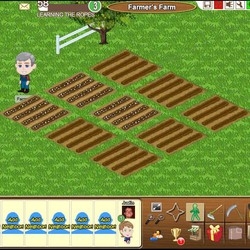 This is legal, but people don't like it. It doesn't help that they aren't really making games people play because they are fun as much as because they create as sense of obligation.

I have a hard time seeing the difference between Compaq making a clone [3] of the IBM PC and Zynga making a clone of Slashkey's Farmtown. And I don't know if my friend is right to be indignant that people would look at his site to see what is working for him.


[1] You would definitely want to test that it actually does better on your site.

[3] While their first cloned product was a fully compatible portable computer, they relased their first desktop, very similar to IBM's, a little over a year later.