A few weeks ago I posted some plans for kids' loft beds; they're now built! Not exactly following the plans, but that's ok. Pictures: 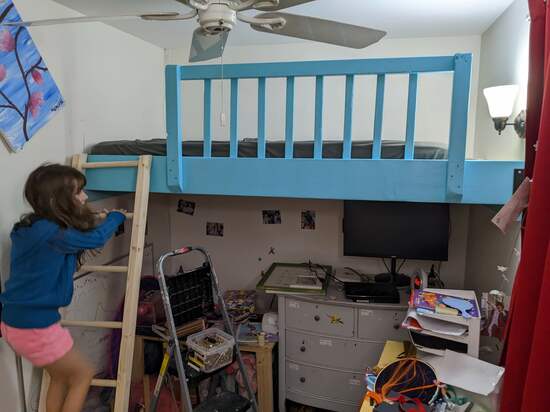 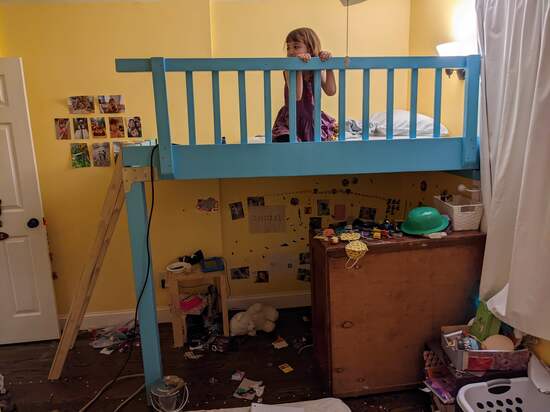 The main change from the plans is that I used less wood and more metal: instead of a three-way box joint I used (thanks Emery!) a tie corner: 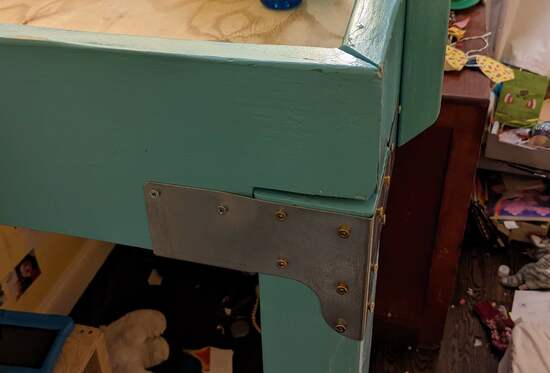 And instead of a complex arrangement of wooden angles I used large L-brackets: 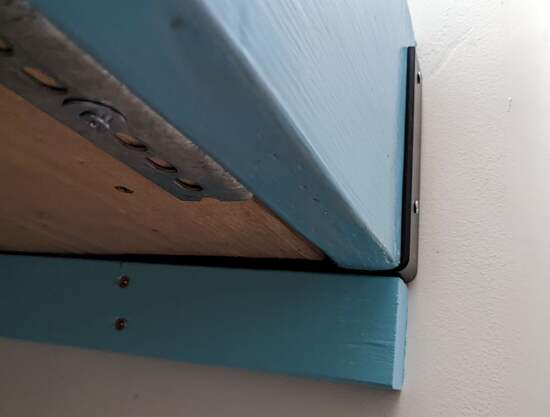 And another on the inside of each: 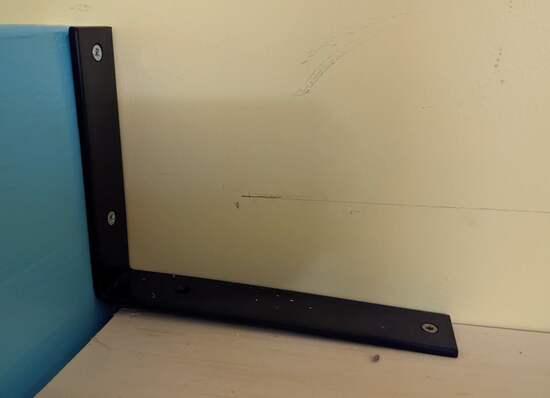 I stuck with the plywood base as originally planned instead of switching to bed slats: it's only slightly more expensive and makes it far sturdier. Both beds feel as solid as part of the house.

The ladders are well-sanded 2x3s with 1 1/8" dowel rungs. I clamped them together and drilled the holes with a spade bit. This would have worked better with either a drill press or more care: a few of the angles weren't quite right and Lily's came out warped after assembly. I needed to cut an inch off the top of one side to get it to fit properly:

In retrospect it would have been less visible to trim the bottom than the top, though it was easier to get it right doing it this way.

I used bunk bed ladder hooks to attach the ladders to the beds, and they're not fixed to the floor. The post on Anna's bed isn't fixed either. I'd rather not put holes in the floor!

The kids are both very happy with their new beds. Anna was excited enough that even though her new twin mattress isn't here yet she wanted me to move her crib-sized mattress up so she could start using the loft right away: 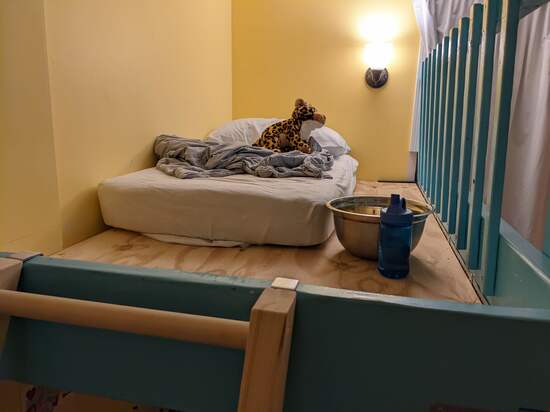 Lily's loft is a bit longer than a twin bed, so I boxed in the area at the end to make a shelf: 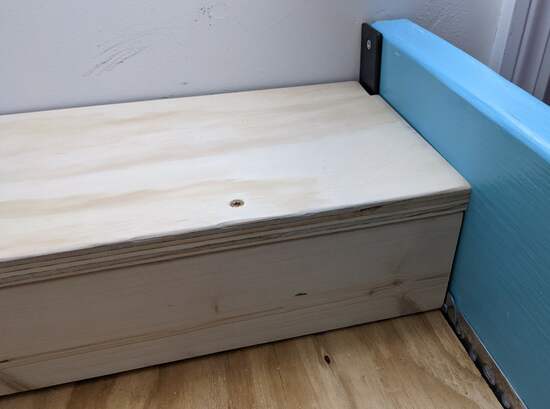 I ran a power strip up to it so she can plug in her clock and tablet: 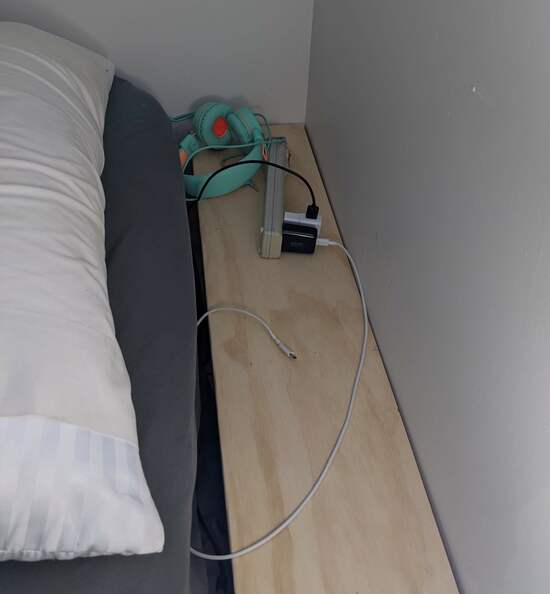 Anna's shelf is still in progress; hers will be wall-mounted near the foot.