Last night we hosted the Boston Secular Solstice, which I wrote about planning a couple months ago. It felt like it went really well! Several people told me it was their favorite one we've had in Boston.

The past few years we've been at the MIT Chapel. It's a really nice space for this sort of event, but you need more people for it to feel right. Comfortably full is a much better feeling than spread thin. This year we decided to have it at my house, and I was thinking we might have ~20 people.

A few days before I was looking at a fb event with 36 "yes" and 61 "interested", plus several other people who had told me they were coming. I tried to figure out how to configure our space for maximum capacity:

This meant a lot of moving things around, but I think mostly worked. I set up boards across a few chairs as a way to get a bit denser seating than you can with just chairs alone, and I set up a futon without the frame to get people in front a bit lower:

We ended up having ~40 people, which was a lot. There were empty seats, but only ones that had basically no ability to see the projector. At the beginning I told people how to follow along on their phones if they couldn't see well, but I'm not sure whether that was useful.

To get the projector image high enough on the wall without blocking the view of people behind it, I put up a temporary shelf: 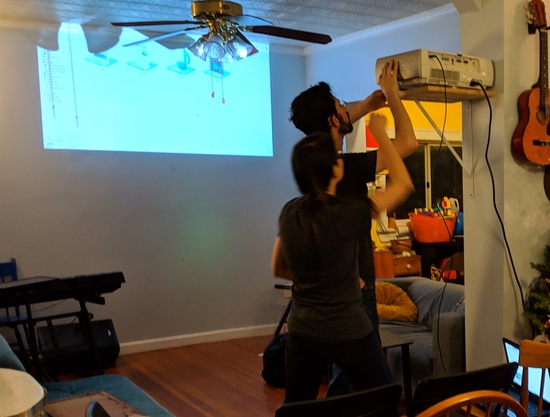 It's back down now, though I still need to spackle the holes. Helpful things about having your own place!

The overall structure we followed was about 20min of people arriving and getting settled, with snacks, and then a first half of relatively light things. We took a break for intermission, with a dessert potluck, and then when we came back we did progressively darker things culminating in a reading of Beyond the Reach of God and singing Brighter than Today. 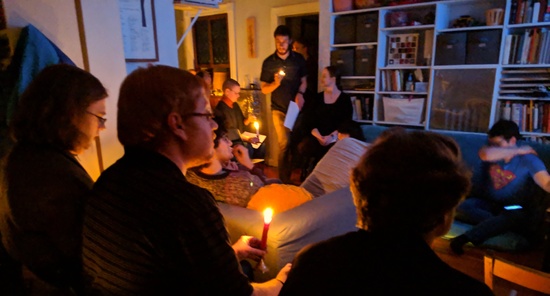 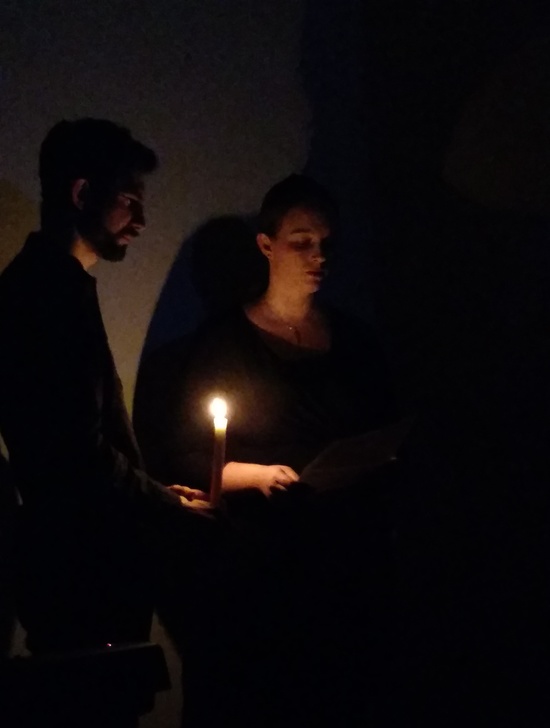 We ended with a few more songs and one more reading, and then people hung out for ~2hr until I pushed the stragglers out so we could go to bed. 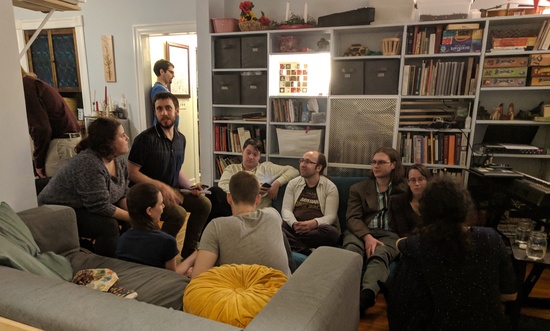 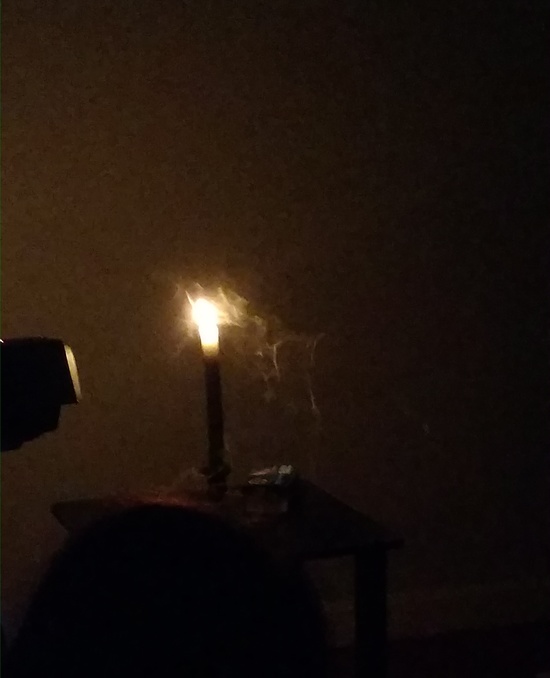 ←
Outcomes of a Safety Report Present Timing for Kids
→