In late 2016 several organizers noticed that attendance at their dances had been down, and I ran the numbers for BIDA. At the time I didn't see much. Rerunning the numbers now, however, it does look like attendance is down: 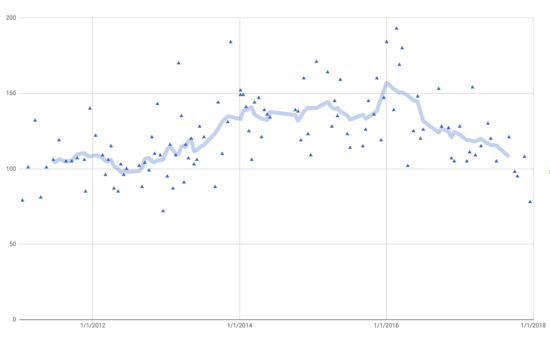 My guess is that there's always some amount of people coming in and going out, and that BIDA isn't doing as well as it had been at attracting new dancers. But it could also be that the rate at which people leave has gone up; I don't have a good idea.

I was curious whether the switch to Larks/Ravens contributed, but the first dance where we tried that out was 2017-04-02 and the downward trend starts over a year earlier: 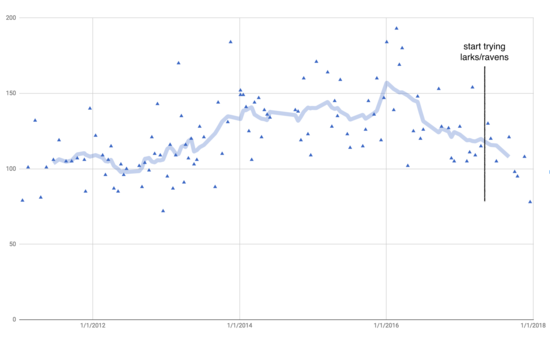 (The dance is still a lot of fun at the size it was in 2011-2013, but it generally feels better at the larger size. Also the finances work out better with more dancers. [1])

Update 2018-03-15: Since writing this, our attendance has recovered some. The five non-special-event dances too recent to be included in this data have averaged 121 people. 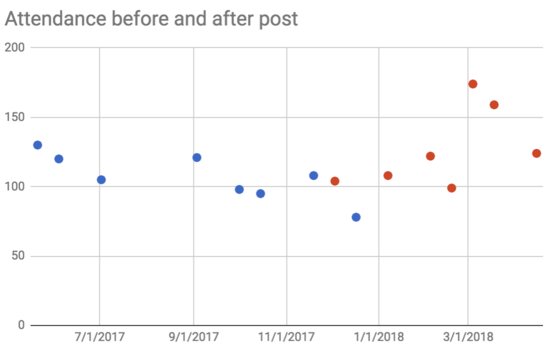