In mid-March when we decided to isolate, one of our housemates was interested in having her partner move in for the duration. The house talked about it and was ok with that, but he ended up deciding to stay where he was. Two months later, with this lasting longer than we were expecting at the time, he decided he did want to switch houses. Here's how we decided to handle it:

He moved in on Saturday, had his testing appointment on Monday, and the test came back negative this morning. We had a celebratory removal of the sheeting: 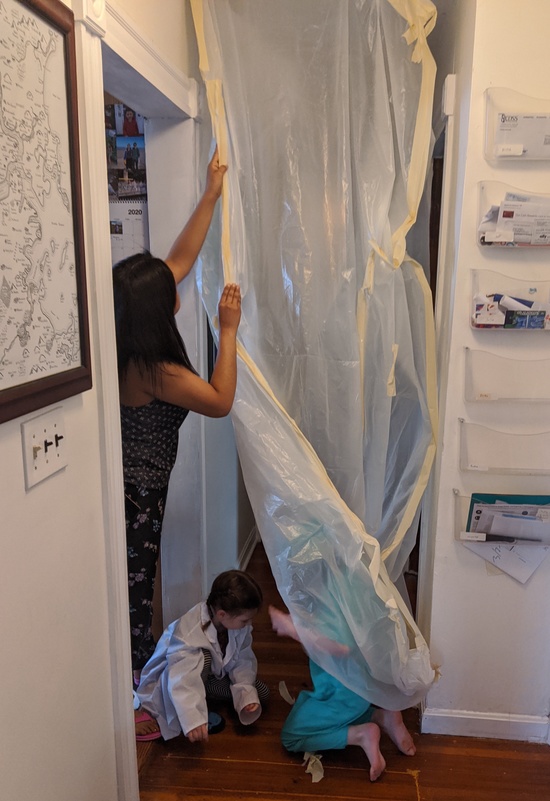 Since there can be false negatives the risk isn't zero, but it's a level we feel comfortable with, and that we think is responsible.

It will be nice having another housemate!