Riding the ferry past the woods hole oceanographic institute this afternoon, I felt a pull that I last felt looking at this picture of amundsen-scott station at the south pole: 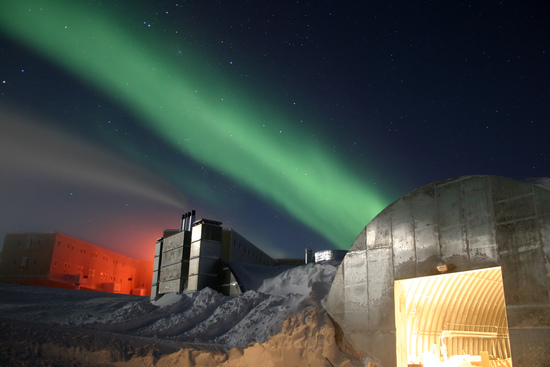 Both are places where people are working in hostile environments to understand things very different from what we encounter in our daily lives. The ocean is not well understood, which makes sense considering how large it is and how many different environments and ecosystems make it up. I want to be working to discover things, pushing our bounds as a civilization.

Since I was a science fiction reading middleschooler, I'd always thought that if we had a thriving space industry, with research, terraforming, and exploration, I'd grow up to work and live on a space station, ship, or colony as a scientist. But frontiers nearly as forbidding with nearly as great potential rewards are being studied and explored already here on earth, and I don't work on them.

In one of the standard fantasy plots, a protagonist from our Earth, a sympathetic character with lousy grades or a crushing mortgage but still a good heart, suddenly finds themselves in a world where magic operates in place of science. The protagonist often goes on to practice magic, and become in due course a (superpowerful) sorcerer.

Born into a world of science, they did not become scientists. What makes them think that, in a world of magic, they would act any differently? -- eliezer yudkowsky

I like living in boston where I know people. I can dance, call, and play for contra dances. I can live in an environment where I can breathe the air and walk in parks. I can have a well paying job where I have enough surplus to donate without much privation on my part. But I feel like I'm missing working on something huge staying where it is safe and comfortable instead of where there's the most to be learned, working on what maximizes profit and global utility instead of knowledge.
←
Redirecting all subdomains to www in nginx with virtual hosting Simple Contra Dance Piano: More Left Hand
→