Julia and I arrived in Quito Ecuador last night. We're staying with a host family, taking Spanish lessons and volunteering at a preschool. The people have all been very nice. We're both suffering a bit from altitude sickness, but not that badly.

We walked around the city some today, getting a feel for the place. They have a Bus Rapid Transit system called 'El Trole' which is a trackless trolly that runs in it's own separate lane with elevated platforms. Each station is laid out like:

The buses had drawbridges that folded down to cover the gap to the platform. Some pictures of the stations: 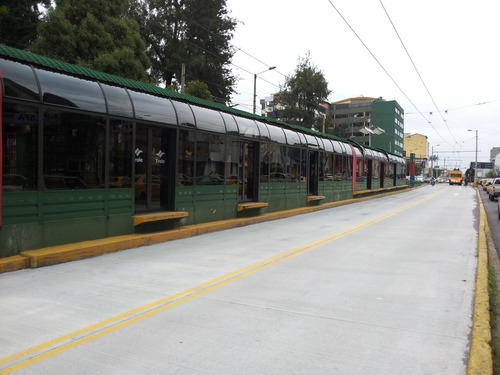 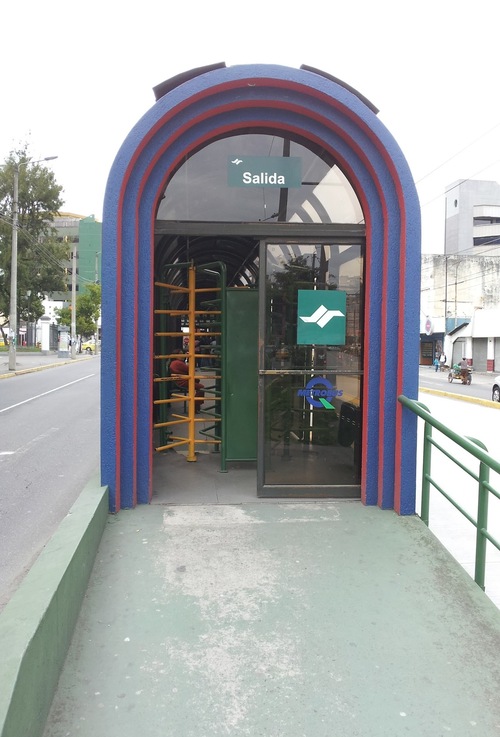 Cheap, simple, and effective. If you do BRT right it's good. The main problem in the US is how much people cut corners with it until you have just a funny painted bus [1].

We took El Trole to a park where there were some actors putting on a play. They were barefoot (the only people barefoot I've seen so far, and their shoes were at the side) and wearing whiteface makeup. The three of them, one woman and two men, were doing something involving the woman not being able to make up her mind about which one she liked better. They had a big crowd.

People were walking around selling snacks. A popular one seems to be an orange for drinking. They had removed the outer part of the peel so it's easier to squeeze, and then cut a conical section out of the top to puncture all the layers and make it easy to get the juice out. The orange cone sat on top looking suculent and tasty. They seemed to be popular, though I didn't try one.

In another part of the park there was a playground. It was mostly quite nice and in good repair, but there was a bridge that was broken and pretty dangerous looking: 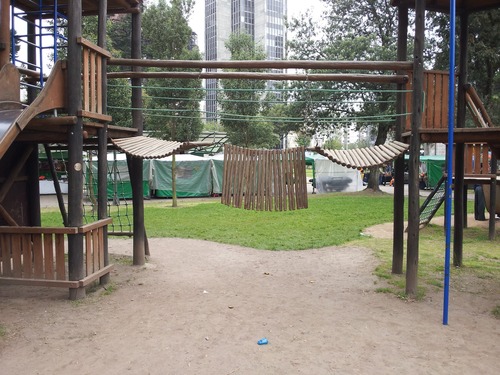 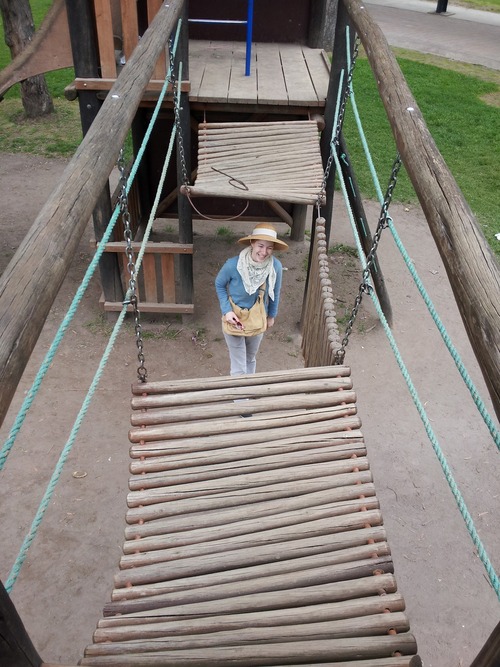 Back to the house for siesta.


[1] Silver line to Dudley anyone?